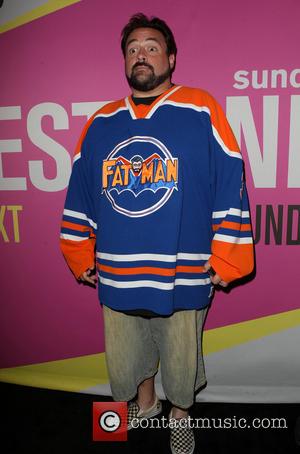 Actor/director Kevin Smith has stunned fans by shaving off his trademark beard for the first time in over 20 years.

The Clerks star decided to get rid of the thick facial hair he has been grooming since the 1990s for his upcoming Johnny Depp comedy Yoga Hosers, and he showed off his new clean-shaven look on Twitter.com on Monday (27Oct14).

In the accompanying caption, he wrote, "Look at this goofy spaz (sic). This is me, beardless, for the @YogaHosers green screen shoot."

The fresh shave is all part of Smith's new look - the 44 year old, who is known for his larger frame, has also lost 20 pounds (nine kilograms) in recent months by cutting out excess sugar from his diet and exercising regularly.