The 'Mallrats' director called out an Instagram user who left a vile comment on his 17-year-old daughter’s page.

Director Kevin Smith has responded to an internet troll who attacked his 17-year-old daughter Harley Quinn Smith on Instagram. Smith posted a lengthly message to the troll after sharing a screencap of a comment Harley Quinn had received where a man told her, “I sincerely hope you end up like Lindsay Lohan and dead.” 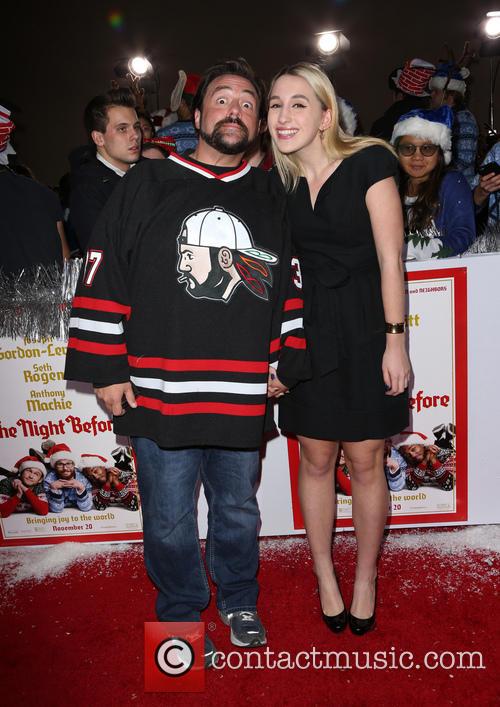 His explicit comment also referred to Smith’s upcoming movie Yoga Hosers as "s***t" and called the teenager “cancer”. Posting the screen cap Smith wrote: “What it's like to be my daughter: 17 year old @harleyquinnsmith received this message simply for the heinous crime of posting a pic of herself on Instagram.

"Wow - way to unload on a teen girl because YOU have nothing to do in life. But even though I should be apoplectic about it, my kid thought it was funny. 'I'd be mad if I had a tiny dick and anonymous voice too,' she said, bemused by the bitterness.”

Smith then offered some advice for the troll and any others who like to waste their time by posting the same sort of comments. “If you hate me (or my kid) this much, the better use of your time is to make YOUR dreams come true, instead of slamming others for doing the same," he wrote.

"The best revenge is living insanely well – so if you wanna get back at a 17-year-old girl for the grievous crime of enjoying her life, the best way to do it is to succeed in your OWN existence. Show the world WHY we should be paying attention to you instead of anyone else."

“You want attention? Don't make yourself mad, make something original and fun. Because if you're not being useful in this world you're being useless,” he added. “Don't be useless: go make stuff that makes people happy!”

Harley Quinn also gave her own response to the comment on her Instagram account, saying that at first she found it hurtful but she then decided to laugh it off. “Don't ever let some stranger on the Internet try to bring down your self confidence because you are wonderful just the way you are!!” she wrote. “Kill em with kindness kids.”