Kevin Jonas and Danielle are now parents for the first time to a baby daughter called Alena Rose Jonas.

Kevin Jonas, one third of the Jonah Brothers, was celebrating with his wife Danielle this past Sunday (Fab 2nd). But unlike most of America, it wasn't because of the Super Bowl finally arriving, they couple were welcoming their first child into the world. 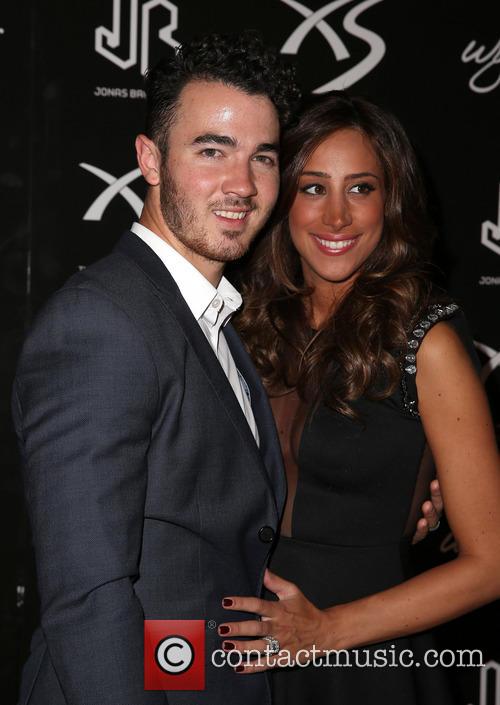 The 26 year-old father was keeping his 4.2 million followers up to date with the current situation through Sunday in a series of quite hilarious tweets.

The first tweet read, "#babyjonas is on the way!!  Follow dreft for all the updates!!!!! It's showtime #thisisnotadrill."

The couple, who starred on the reality TV show 'Married To Jonas', confirmed the birth through the Laundry detergent Dreft. The company tweeted, "On this day, a little star was born.  Meet Alena Rose Jonas. #BabyJonas."

A photo was also uploaded to their Instagram account just as the Super Bowl kicked-off, which shows the new mother embracing her first born.

"We are overjoyed at the birth of Alena Rose Jonas," the first-time parents said in a statement. "She is precious! We could not be more excited to start building our family together. We want to thank our family and friends for their love and support, and our fans for all of their well wishes."

Danielle's pregnancy was publically confirmed last July (2013), and in a Skype interview with E! at the time, Kevin Jonas said he is "overjoyed" but that he is "nervous and excited". On his wife's pregnancy he said "it's been the most exciting thing in my life so far".

Kevin married Danielle in 2009 when he was only 22 years-old.

Congratulation to the happy couple.