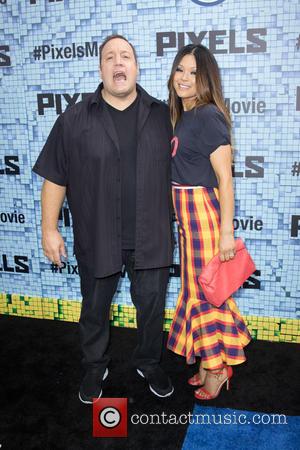 The Grown Ups star and his wife Steffiana were among the friends and family invited to spend the U.S. holiday with Joel and his pregnant partner Alexis Roderick at his annual party in Long Island, New York, but James soon noticed all was not as it seemed upon arriving at the waterfront property.

James tells U.S. morning show Live with Kelly & Michael, "He invited me over for a Fourth of July party and I'm literally the only guy in shorts there, and it turned into a wedding. I had no idea! I literally had no idea until we were walking up the steps (to the house) and I told my wife, 'Alexis, she's in a gown...!'

"I looked up and people are handing me things and then I go, 'I have bubbles... What are the bubbles for...? I've never been to a party like this before...' and then literally, they got married."