Kevin Hart's 'Ride Along' Debuts No.1 At Box Office With Record Breaking Opening

Not only does Kevin Hart's 'Ride Along' debut No.1 at the box office, but it also breaks the MLK weekend record for highest-grossing film.

The U.S holiday weekend has just passed and 'Ride Along' was the cinemagoers favourite as it sits at the No.1 box office spot on opening weekend. Universal's comedy film hit theatres this past Friday and has since earned $41.2 million, breaking the top-grossing movie record during MLK weekend.

The action comedy, that stars comedian Kevin Hart and Ice-Cube, is also crowned as the top-grossing Friday-Sunday January opener in history. 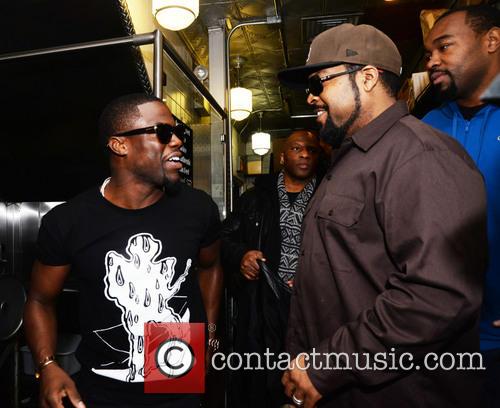 The Associated Press reports, Nikki Rocco, head of distribution for Universal, said, "It certainly appears with business at this level and with a CinemaScore of A and our exit polls supporting that, it's safe to say we'll break a few records."

This is Hart's first starring role and he gained notoriety at the box office earlier this year when his stand-up movie, 'Kevin Hart: Let Me Explain', garnered a respectable amount of success.

Check out the 'Ride Along' trailer here

Although the 33 year-old has never had a leading role in a Hollywood movie, he has made several memorable cameos in recent years, such as 'Think Like a Man,' 'This Is the End' and 'Grudge Match.'

Paul Dergarabedian, senior media analyst for box-office tracker Rentrak, said, "He's everywhere it seems. I know he was co-starring with Ice Cube in 'Ride Along,' but this really was marketed as a Kevin Hart movie. There's no question he's a movie star now who doesn't require any qualifications before his name."