The 35 year old comedian, current star of 'Get Hard', brought a tear to the eyes of much of the audience as he accepted his Comedic Genius Award.

It was a memorable night at Sunday evening’s MTV Movie Awards, but arguably the highlight was Kevin Hart’s touching acceptance speech.

The comedian, current star of Get Hard and creator of reality show ‘Real Husbands of Hollywood’, won the Comedic Genius Award at the end of the evening and gave an emotional and direct speech thanking his family and fans. 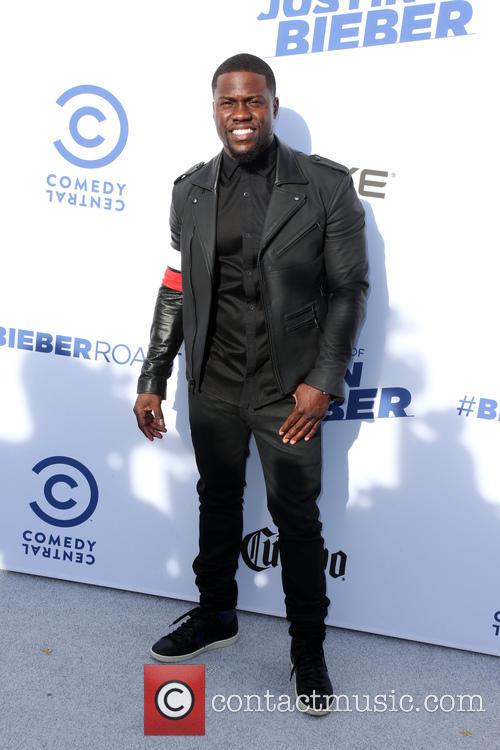 Kevin Hart at the Comedy Central roast of Justin Bieber

Hart’s friend and colleague Jimmy Kimmel introduced him to the stage, going for the gentle ribbing approach. “I'm very happy to be here because it wasn't easy for Kevin - they said Kevin was too small to be a comedy giant,” joked Kimmel about his diminutive 5’4” height. “At night he would go to the comedy clubs and climb up on that stage. Oh, how he would struggle to climb up on that stage.”

More: ‘Get Hard’ is another ‘bromance’ movie for Kevin Hart

However, rather than aim for laughs, Hart chose to go straight to the serious stuff for his brief speech, bringing his two children Heaven and Hendrix on stage to help him accept the trophy.

“I wanna thank my fiancée for being my rock right now,” he told the audience. “I wanna thank my ex-wife for giving me these two kids who are my best friends right now; Heaven for being the most amazing daughter, Hendrix for being the most amazing son. My kids, I'm doing all of this for them. I'm trying to leave a legacy for them. Last but not least my fans—this is for y'all, I love y'all.”

Hart, 35, was also nominated for another award last night, for ‘Best Comedic Performance’ in The Wedding Ringer. However, he lost out to Channing Tatum for his role in 22 Jump Street.

He was also the master of ceremonies for Justin Bieber’s recent ‘Comedy Central roast’, which aired at the end of March and went down an absolute storm on social media.