Comedian Gets A Mural For Philly's Official Kevin Hart Day

Kevin Hart is thrilled to celebrate his birthday with the inaugural Kevin Hart Day.

It seems Kevin Hart has told enough jokes in his career to warrant his home city introducing a special Kevin Hart Day on his birthday. Philadelphia celebrated the official inaugural day this week as the comedian rang in his 38th birthday, and he's totally thrilled. 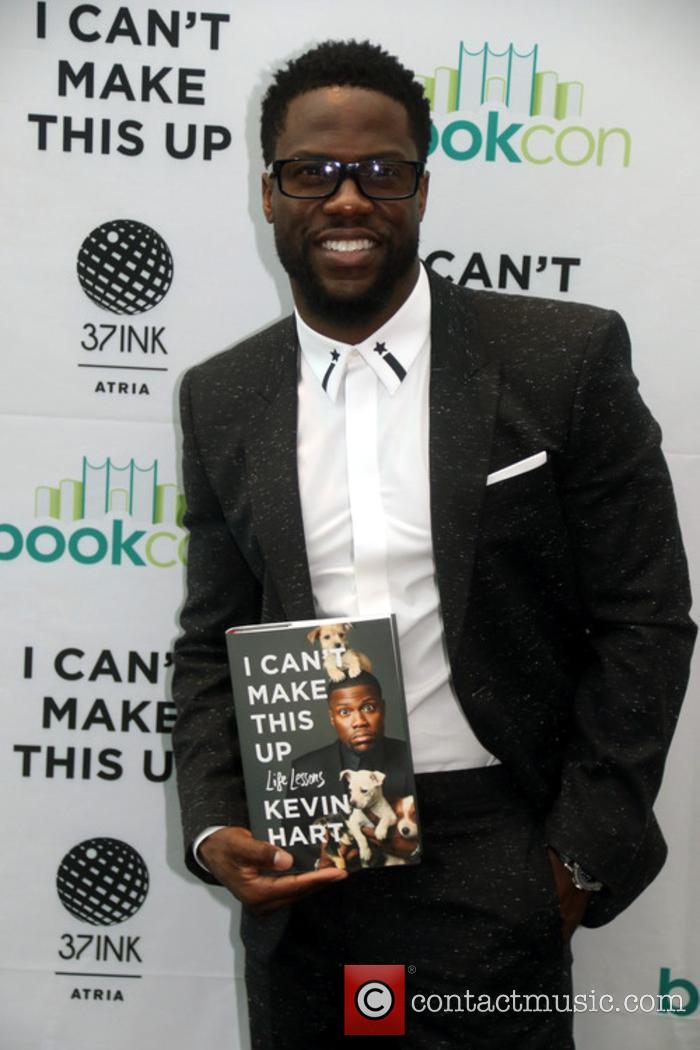 To celebrate the 'Ride Along' star's great achievements in making us all laugh, the people of Philadelphia, Pennsylvania gathered in the city to unveil a mural dedicated to Kevin featuring his face and the words 'Live. Love. Laugh.' and to announce the arrival of Kevin Hart Day on July 6th 2017.

It turned into a huge official block party, with food and crafts galore and even a concert with local rappers rappers Chill Moody and Freeway. Kevin was even able to attend the event itself, and brought along his son Hendrix to join the celebrations.

'Thank you Philadelphia... Today was beyond special', he wrote on Instagram, alongside a photo of himself with some of the city counsilors. 'Kevin Hart day will forever hold a special place in my heart!!!! I put on for my city... Philly Kid for life. Still can't believe that I have a Mural.'

The mural was painted on the side of the building at Max's Cheesesteaks and presented by Mural Arts Philadelphia. But it isn't just Kevin's humour that has landed him this special reward; over the course of his career he has donated hundreds of thousands of dollars to the Philadelphia School District.

'Kevin Hart is a fantastic ambassador for the City of Philadelphia, and this is a simple way to show him gratitude', Councilman David Oh said earlier this year. 'Whether through his hilarious sense of humor or through his heartfelt generosity towards his hometown, Kevin Hart knows how to bring a smile to everyone in Philadelphia.'

You can next see Kevin Hart in the forthcoming reboot 'Jumanji: Welcome to the Jungle', which is set to be released on December 20th 2017.