Although Britney already pays her ex-husband £14,000 per month, Federline's lawyers are reportedly asking for more than three times that amount.

Britney Spears’ relationship with her ex-husband Kevin Federline is set to get toxic over the coming weeks, with the singer set to reject his claim for a huge increase in the amount of child support she pays him, believing it’s “not her problem”.

According to a report by TMZ, Federline’s lawyer wants Britney to pay her ex “at least three times the amount” of child support she pays to him, which is believed to be around £14,000 per month.

Federline, a professional back-up dancer who was married to the American pop megastar for three years until 2007, has two sons with her, Sean Preston (12) and Jayden James (11), as well as four other kids – 15 year old Kori and 13 year old Kaleb with ex-wife Shar Jackson, and six year old Jordan and four year old Peyton with current spouse Victoria Prince.

Kevin Federline: 'Marriage To Britney Spears Was So Overwhelming'

By Stephanie Chase in Lifestyle / Showbiz on 19 June 2016

Britney Spears’ former husband Kevin Federline has opened up about his two year marriage to the pop superstar, describing it as, “so overwhelming”. The 38-year-old was married to Britney from 2004 to 2006 and the former couple have two child together Jayden James, nine, and Sean Preston, 10. 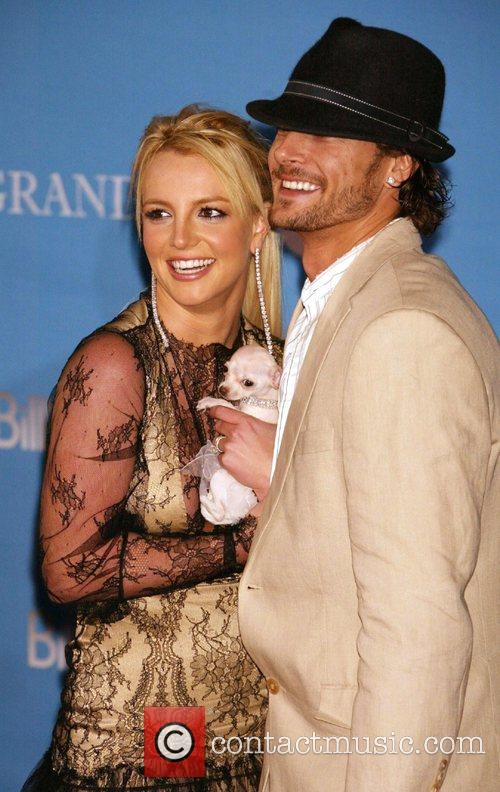 Kevin Federline has opened up about his two year marriage to Britney Spears.

Speaking about the marriage to VLAD TV, Kevin said: "That was a whole different lifestyle than I ever imagined. I mean, just getting around from place to place and having 20 people follow you all day long - your whole life kind of being told through somebody else's eyes.

Britney posted an open letter on TIME Magazine's website on Wednesday, dedicated to her two sons Sean and Jayden.

Ahead of Mother’s Day in the U.S., Britney Spears has reversed the roles and taken the opportunity to pay tribute to her two sons Sean and Jayden in a heartfelt open letter, calling them “my masterpieces”.

The 34 year old pop queen penned an emotional tribute to her children on TIME magazine’s website on Wednesday (May 4th) ahead of Mothering Sunday in America this Sunday. Sean Preston, 10, and Jayden James, 9, are her two sons from her marriage to ex-husband Kevin Federline, with whom she shares joint custody. 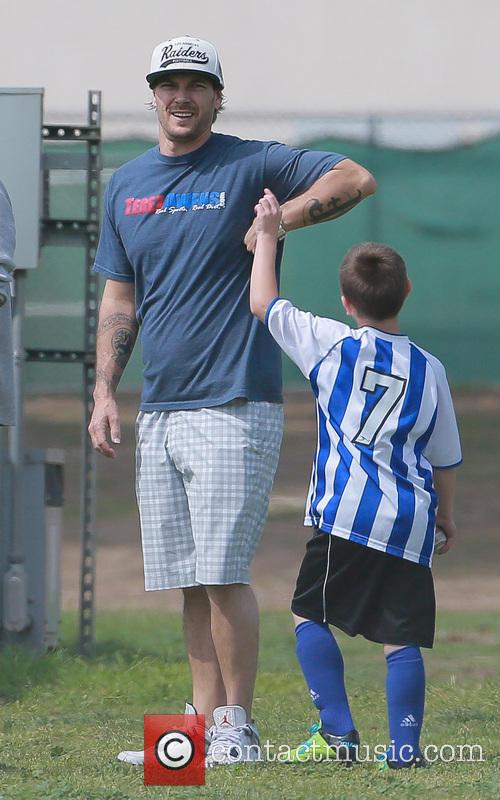 Finally, family normality seems to be the order of the day for Britney Spears

Britney Spears and Kevin Federline were seen together and seeming to get along while they cheered on their sons playing a soccer match. Joined by a pal, Britney even played with Federline's daughter by his new partner, Victoria Prince, E! News reports. Happy families? Finally!

The Spears family have had a tumultuous few years but they all seem to be settling down into a normal life. Jamie Lynn Spears came under criticism 5 years ago when she fell pregnant at the age of 16 and Britney Spears famously had a very public meltdown, resulting in her being placed under a conservatorship. Now though, since her divorce from Kevin Federline and second divorce from a whirlwind wedding to an old friend, Britney seems past it all happily spending a day with her ex and her sons' half-sister.

For Jamie Lynn Spears, her life has also turned around as she has just got engaged to Jamie Watson, her boyfriend of over two years. She was engaged once before to Casey Aldridge, the father of her four year old daughter. They were together on and off for 5 years but finally decided to end the relationship for good in 2010. Jamie Watson, her new fiancée, is 9 years her senior and seems to be great with her daughter, they seem to be building a lovely life together and we wish them all the best.

Britney Spears - Is Justin Timberlake To Blame For Britney's Meltdown?

The opening statements against the Britney Spears defamation case by her former manager Sam Lutfi were made yesterday (19 Oct) and in the Spears defence testimony there was one segment that was particularly damning of someone who was not at the case: Justin Timberlake.

In his court statement, an attorney for the Spears family pinpointed the break-up between Britney and Justin as the catalyst for her downwards spiral that eventually ended with the X Factor USA judge's very public breakdown. Lawyer Leon Gladstone contended with the court that after a "painful" break-up, things began to change noticeably with Britney, something that her parents, Jamie and Lynne Spears, both concurred with.

The testimony from the Spears camp went on to conclude that Lufti, who by the time of her break up with Kevin Federline was her closest confidant, was dictating her life as well as dictating the access paparazzi could get to the troubled star, concluding that it was Lufti's selfish behaviour and domineering attitude with the star's personal life that all but condemned her to collapse. 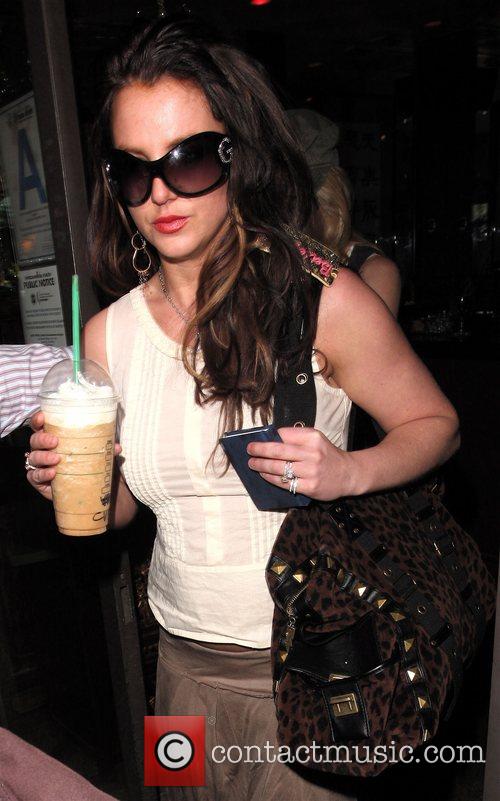 With the news of Britney Spears' pregnancy, pop-rival Christina Aguilera has suggested that her career is over.

Music feuds can become one of the most interesting parts of the industry, although sometimes, they can be more than just a little bit harsh and/or nasty. Christina Aguilera and Britney Spears have been pop-rivals for a while now, and with the upcoming birth of Spear's baby, Aguilera has taken the opportunity to slam any hopes of a musical comeback. Mainly because she believes that Spears "let herself go", and will no longer manage her 'sex-symbol' status. 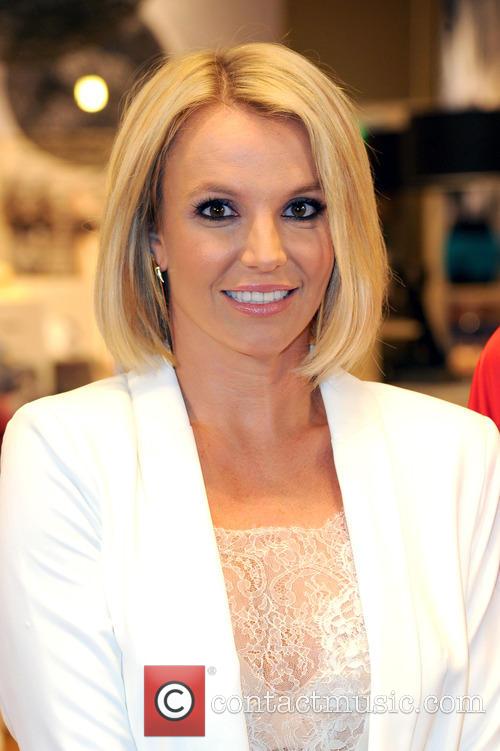 Britney Spears' most recent album, 'In the Zone' was released on 18th November 2003.

Aguilera has expressed horror at the deterioration in Spears' appearance, in part due to her announcement that she's expecting her husband Kevin Federline's child, given in early 2005. Aguilera appears to have expressed hope that Spears will take to motherhood well and enjoy it, as she does not believe that a comeback would be worth the effort. Aguilera explained, without mixing words: "She's let herself go. I can't see a comeback on the cards."

Kevin Federline on Britney Spears: 'I loved her to death'

Jackson: 'Britney Was Cruel To Dump Kevin By Text'