Kevin Costner has won a court battle against actor Stephen Baldwin who was suing for $17million over an oil deal. 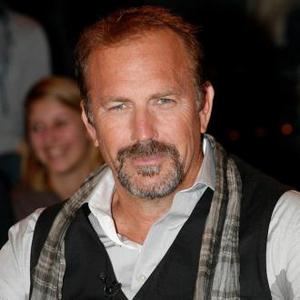 The decision came less than two hours after closing arguments ended on Thursday (14.06.12) and a jury rejected Stephen's claim that he and a friend missed out on a lucrative contract with oil company BP thanks to Kevin and his business partner in oil cleanup, Patrick Smith.

Kevin said: ''My name means more to me than money and that's why we didn't settle.''

Stephen and co-plaintiff Spyridon Contogouris, were asking for at least $17 million in damages at federal court in New Orleans, however were awarded nothing.

In the wake of the Deepwater Horizon spill in the Gulf of Mexico, 'The Bodyguard' actor offered BP the services of a device he had helped develop, and BP contracted to buy 32 of the oil-and-water-separating centrifuges in the summer of 2010.

'The Flinstones in Viva Rock Vegas' star Stephen, an early investor in Stephen's Ocean Therapy Solutions, sold his shares before The Deal went through--and he was demanding the damages sum to fill the hole left by the money he said he could have made if he had known they were on the verge of a lucrative transaction.

The prosecutors' attorney James Cobb stated: ''We're disappointed. We thought we proved rather convincingly that these two guys, Mr. Costner and Mr. Smith, defrauded us. The jury saw it a different way but we respect the jury's verdict.''