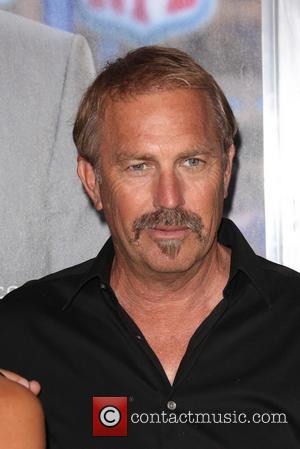 Kevin Costner celebrated Father's Day a little early this weekend (13Jun14) by returning to the site of his hit film Field of Dreams to play catch with his sons.

In celebration of the baseball movie’s 25th anniversary, Costner arrived at the field near Dyersville in Iowa with his young kids Cayden, seven, and Hayes, five, and tossed a ball around with the boys.

Hundreds of fans gathered to watch the spectacle.

Costner told local newspaper the Waterloo-Cedar Falls Courier, "We don’t usually have this many people around when we do this."

The movie star played a farmer who builds a baseball field on his land in the 1989 film.

He was joined by some of his co-stars, including Timothy Busfield, for the anniversary celebration.