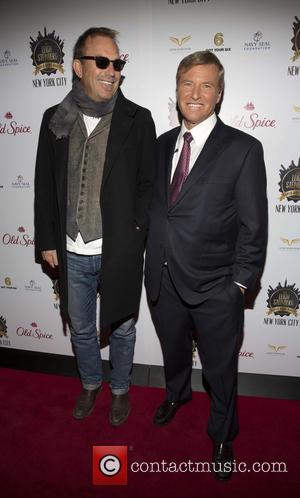 Kevin Costner filmed a special tribute to pal Whitney Houston after learning of her death at his son's birthday party.

The movie star, who teamed up with the soul singer in The Bodyguard, admits he was floored when a party guest told him the tragic news two years ago (Feb12) and he decided to put his thoughts and feelings on film.

During a taped appearance on The Ellen DeGeneres Show, which was set to air in America on Friday (14Feb14), Costner revealed, "My friend was videotaping the party and I said, 'Come down to the back of the house and just put the camera on,' and I started talking to him about her (Houston)."

The actor admits he has no idea where the footage is because he has never seen it since. It was just a therapeutic moment that allowed him to get his feelings out.

Costner then refused to be part of the media circus that followed Houston's death - because he had already said what he needed to say during that quiet moment at his son's party.

He explains, "There was kind of a steady drumbeat: 'Where is Kevin?' and finally it got to that kind of uncomfortable thing - 'Do I need to go out and say something?'"

Costner finally broke his silence when he delivered a heartbreaking eulogy at his late friend's memorial service.