Costner was joined on the field by Dwier Brown and Timothy Busfield. The celebrity team mates donned typical baseball clothing including a striped jersey with Field of Dreams emblazoned across the chest. The 59-year-old actor was also joined by his own children, Cayden and Carter who watched the baseball game from the sidelines as they are too young - at seven and five - to join in.

Costner alluded to the central focus of fatherhood within the film and during the Q&A. He said 'The movie is about things that go unsaid between fathers and sons." However, he also discussed the importance of women within the film, stating "I think what's missing and what's made this movie universal, are women. Women in our life are the healers; they're the people that want the fighting to stop." Kevin Costner and his son Cayden

The Robin Hood actor also referred to the enduring popularity of the film, which may largely be due to the timeless issues and themes it covers. Speaking during the Q&A, as THR reports, Costner said "I don't know if anybody thought that, 25 years later, it would still be an iconic movie. You don't aim for the fences. You try to do your best job 12 hours a day. What it's become, you don't ever expect."

Whilst hundreds of fans turned up at the Iowa field to see Cotner and the rest of the cast, amongst them were some celebrity fans including actor Colin Egglesfield, as the Daily Mail reports. 41-year-old Egglesfield joined in with the celebrity baseball game whilst his father, who has recently undergone surgery for prostate cancer watched. 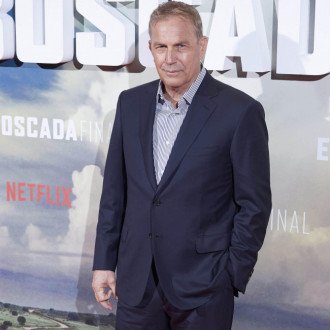