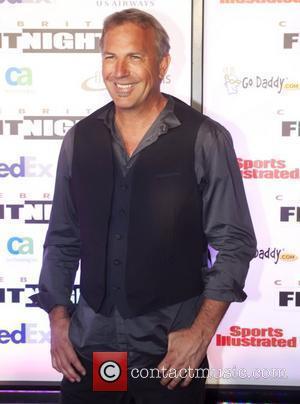 Kevin Costner has downplayed fellow actor Stephen Baldwin's role in the development of a multi-million dollar oil-skimming venture, insisting he often "wondered" what the born-again Christian was doing behind the scenes.
The two stars are locked in a court battle in Louisiana after Baldwin accused Costner and his associates at Ocean Therapy Solutions of locking him out of a deal that would have made him a multi-millionaire.
Baldwin and business partner Spyridon Contogouris claim Costner cheated them by hiding details about a deal made with BP following the Gulf Coast oil spill in 2010.
The Usual Suspects star insists he should have been told about the potential agreement before he agreed to sell his shares in the company that had been set up to market oil extraction devices invented and created by Costner's brother.
BP bosses made an $18 million (£11 million) advance payment for 32 devices developed by Ocean Therapy Solutions in an effort to be better prepared for another oil leak disaster.
Baldwin and his business partner are demanding damages of at least $15 million (£9.3 million), but testifying on Friday (08Jun12), Costner insisted his acting peer was not entitled to the cash, suggesting he was merely an investor in the company and had little to do with business deals and product development.
He told the court, "I wondered what Stephen Baldwin was doing. I never saw him do anything."
Costner appeared much calmer on the stand than he did on Thursday (07Jun12), when he attacked Baldwin's attorney James Cobb for "being loud".
He was reprimanded by U.S. District Judge Martin Feldman, who told the movie star, "This is not a wrestling match."
The trial continues.