With American sports films often limited to a small audience, will Kevin Costner serve as enough of a box office draw for 'Draft Day'?

American sports films have a notoriously difficult time travelling abroad, mainly because no one else on earth cares quite as much about US baseball, basketball and football. And yet, these movies keep coming out, and being released abroad in the hopes that they might catch on. 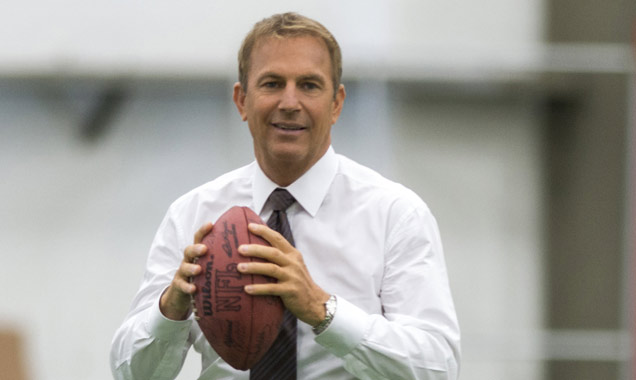 It happens now and then, generally when a film has a larger theme that takes over from the sport focus. Baseball may have been the setting for 'Field of Dreams', 'Bull Durham' and 'Moneyball', but all three films benefitted from much deeper ideas and strong performances. The first two also relied heavily on the charms of Kevin Costner, who has made saving sports movies a bit of a specialty. See also cycling ('American Flyers'), golf ('Tin Cup'), boxing ('Play it to the Bone') and more baseball ('For the Love of the Game').

And here he is again, this time with American football in 'Draft Day', a ripping drama set over the 12 hours leading up to the NFL draft. Seemingly oblivious to the fact that the vast majority of people (even in the US) could care less about this, the film presents the draft as a momentous historical occasion.

It's up to Costner to hold everything together, keeping the audience interested in his character's journey by using his sheer charm. It's also spiced up by the addition of two rather random side-plots involving his secret girlfriend (Jennifer Garner) and his imperious mother (Ellen Burstyn). With its over-serious approach, it's unlikely that 'Draft Day' will break through to an international audience, but at least those who give it a go will find some drama to hold their interest.

More: Photos from the film premiere of 'Draft Day'