Dances With Wolves To Become A Broadway Musical 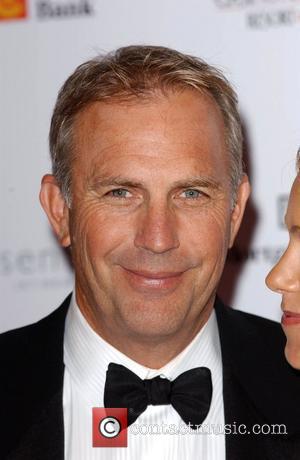 Kevin Costner's Oscar-winning movie Dances With Wolves is set to hit the Broadway stage - as a musical.
Producer Matt Murphy has acquired the stage rights to Michael Blake’s 1986 bestselling novel and now intends to adapt the book into a dramatic musical for the Broadway stage.
Murphy says, "Dances With Wolves will be a uniquely spectacular and dramatic new musical. I envision a score that is inspired by Appalachian, folk, Civil War era, and Native American music, coupled with a production design that celebrates the spirit and ceremony of Native American culture amidst the awe-inspiring landscape of the American frontier.
"I am seeking a creative team who can make the epic story of Dances With Wolves sing for a new medium and a new generation of audiences."
Costner played Lieutenant John Dunbar, who became accepted by the Sioux Indians, in the 1990 movie, which he also directed.
The film won Oscars for Best Cinematography, Best Director, Best Film Editing, Best Original Score, Best Picture, Best Sound and Best Adapted Screenplay.