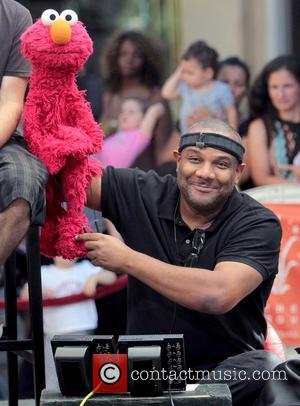 Picture: Kevin Clash and his puppet, Elmo at The Grove to appear on entertainment news show 'Extra' Los Angeles, California - 20.09.12

Elmo’s right-hand man Kevin Clash has admitted having a relationship with an unknown male man several years ago, though insists he did nothing illegal (despite accusations that the boy was just 16 at the time).

Clash, who’s performed as Elmo on Sesame Street for 27 years, has taken a leave of absence from the show to fight the allegations. On Monday (November 12, 2012), Clash confirmed to E! News that he did have a relationship with his accuser (now 23 years old) but says it was certainly not an illegal one.  “It was between two consenting adults and I am deeply saddened that he is trying to characterize it as something other than what it was…I am taking a break from Sesame Workshop to deal with this false and defamatory allegation.” Clash also confirmed he is “a gay man” and has “never been ashamed of this or tried to hide it, but felt [my relationship with the accuser] was a personal and private matter.”

The Sesame Workshop has backed up their star man, saying that after a thorough investigation they “found the allegation of underage conduct to be unsubstantiated,” though the family-oriented organization found that Clash “exercised poor judgement and violated company policy regarding Internet usage and was disciplined.” Err, ok.