The Following renewed for second season

Kevin Bacon's serial killer drama 'The Following' has been picked up by Fox thanks to its high ratings for season one. 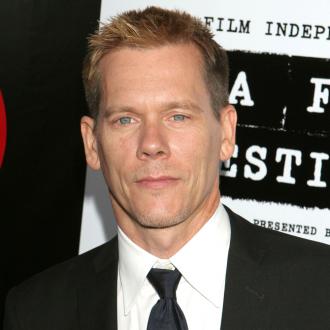 'The Following' has been renewed for a second season.

The serial killer drama - which stars Kevin Bacon and James Purefoy - has been picked up by Fox thanks to its high ratings for season one.

Fox entertainment chairman Kevin Reilly in a statement: ''From the very beginning, we felt Kevin Williamson and Marcos Siega had created a high-quality, edge-of-your-seat drama that could break from the pack, and it is exciting to see the audience responding.

''Kevin Bacon and James Purefoy have given us two of the most compelling characters on television and the entire cast is incredible. I'm delighted to have this thrill ride continue on Fox for another season.''

Fox has also renewed comedies 'New Girl', 'The Mindy Project' and 'Raising Hope', with Mr. Reilly adding: ''These shows are creatively vibrant, they have established a loyal and passionate audience and they will continue to define and grow the Fox comedy brand next season and beyond.''

While 'Glee' is expected to return for a fifth season, negotiations between the network and studio are still ongoing over the comedy musical.