Kevin Bacon and Kyra Sedgwick's daughter Sosie Bacon will be next year's Miss Golden Globe and will follow in the footsteps of Clint Eastwood's daughter Francesca Eastwood. 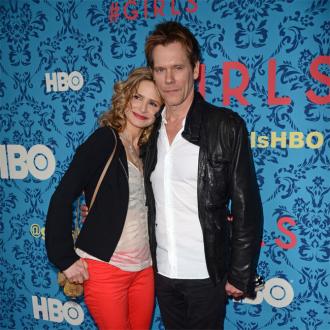 The 'Following' actor and 'The Closer' actress' 21-year-old daughter Sosie Bacon will follow in the footsteps of fellow Hollywood offspring, including Bruce Willis and Demi Moore's daughter Rumer Willis and 'Fifty Shades of Grey' star Dakota Johnson, when she helps walk award winners and presenters on stage at the annual ceremony on January 12.

Hollywood Foreign Press Association president Theo Kingma said in a statement: ''I am delighted to have Sosie Bacon continue the tradition and have her be our 2014 Miss Golden Globe. As we all know, she comes from a very talented family and this gets us one degree closer to Kevin Bacon.''

Sosie added: ''I am so grateful to the Hollywood Foreign Press Association for naming me this year's Miss Golden Globe. As a young actress who is just beginning my career, it is truly an honour to be a part of such a special night in film and television. I can only hope to continue the legacy and tradition of Miss Golden Globe by following in the footsteps of my predecessors.''

Both of Sosie's parents, Kevin, 55, and Kyra, 48, are past Golden Globe winners.

The aspiring starlet previously had a small role in her mum's police drama series, 'The Closer'.