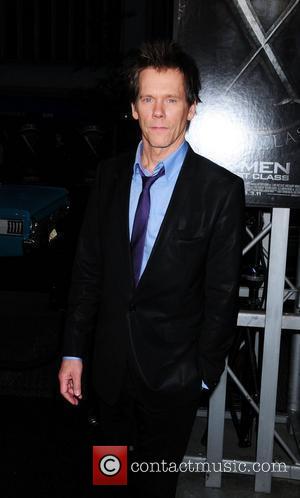 Kevin Bacon is very much alive and kicking despite internet rumours reporting he had died in a car crash in Queensland, Australia. Speculation of Bacon's demise began circulating on social networking sites on Wednesday (13th July 2011), with police receiving numerous calls from American journalists, reports the Herald Sun.
A fake news report suggested the actor had died in a single vehicle crash between the western suburbs of Willowbank and Ipswich, just outside Brisbane. The Hollywood star was said to have been holidaying in the area at the time. However, Queensland Police Service dismissed the rumours, with a spokesman saying, "We have no idea how the rumour started but my colleague had lots of calls overnight.We checked and thankfully there were no Kevin Bacons injured or deceased overnight". The police service, who regularly keep Queensland residents up-to-date with road crashes via Twitter, tweeted, "We can happily confirm that Kevin Bacon was Not killed in a car crash in Qld overnight", before quipping, "We did enjoy talking to every entertainment writer on the planet (or it seemed that way) though".
Despite the reports, Kevin Bacon is actually in Atlanta shooting the upcoming drama 'Jayne Mansfield's Car', with John Hurt and RAY STEVENSON.