Lawyers Representing Pop Star Kesha Are Urging The Judge Presiding Over Her Contract Dispute With Dr. Luke To Make Up His Mind, So The Singer Can Get On With Her Career. 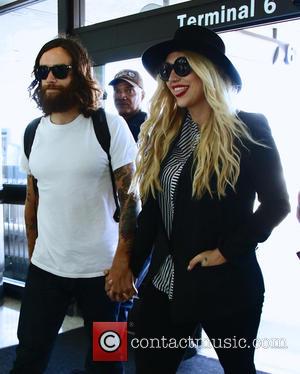 Her legal team has called on the New York judge to approve a preliminary injunction and make a decision whether or not she has enough evidence to push to end her recording contract with the producer.

The lawyers claim that without the preliminary injunction, their client "can't work with music producers, publishers, or record labels to release new music" - because she's tied to Sony.

A missive from her legal team reads: "With no new music to perform, Kesha cannot tour. Off the radio and stage and out of the spotlight, Kesha cannot sell merchandise, receive sponsorships, or get media attention. Her brand value has fallen, and unless the Court issues this injunction, Kesha will suffer irreparable harm, plummeting her career past the point of no return."

Sony bosses and Dr. Luke maintain the singer's lawsuit, which includes claims of rape and emotional abuse, is no more than a "transparent" ploy for Kesha to renegotiate her contract.

The Tik Tok singer filed papers last year (Oct14), accusing the producer of alleged sexual assault and battery, sexual harassment, gender violence, emotional abuse, and violation of California business practices over their 10-year collaboration. She also claimed Dr. Luke repeatedly drugged her and that his abuse caused her eating disorder which forced her into rehab at the beginning of 2014.

In response, Dr. Luke filed a countersuit against Kesha for defamation, accusing her, her mother, and her management of fabricating the abuse claims in order to break her contract with him.