Ke$ha has a crush on Harry Styles and thinks the One Direction star looks like ''a young Mick Jagger''. 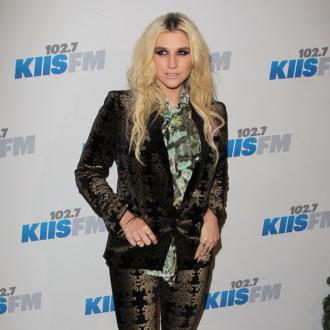 Ke$ha has a crush on Harry Styles.

The 'Tik Tok' hitmaker thinks the One Direction heartthrob - who has been romantically linked with stars including Taylor Swift, Natalie Imbruglia and British TV presenter Caroline Flack - looks like Rolling Stones legend Sir Mick Jagger and claims his English accent makes her go weak at the knees.

Asked whether she had dated any British men in the past, she said: ''Oh yeah, very many! I'm kind of a sucker for you guys. It's the accent. Harry Styles is pretty cute - he looks like a young Mick Jagger.''

Ke$ha is hoping the 19-year-old womaniser could become one of her many booty calls across the globe, and revealed her free love ethos is inspired by her favourite rock stars.

She said: ''I've got hos in different area codes. I'm a touring musician. Just like the Motley Crues and Van Halens who are about girls, girls, girls and chicks, I can be the same about dudes.''

However, the raunchy star believes her predatorial attitude towards men intimidates them and she worries they think she'll devour them.

She explained to Now magazine: ''In my dating life, [men are intimidated] absolutely! Ever since I wrote a song about dismembering men and eating them, I've felt an intimidation factor.

''I did write a whole damn album called 'Cannibal', after all.''