Ke$ha enters a Chicago rehab center to receive treatment for an eating disorder, she hopes "to learn to love myself again, exactly as I am." 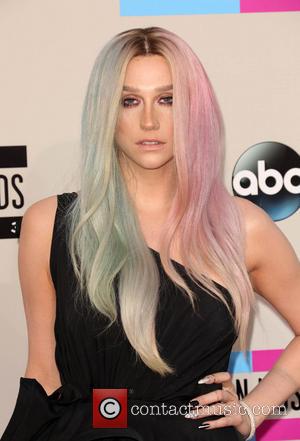 Ke$ha is the first high-profile celebrity to enter rehab in 2014.

The 26 year-old has entered a rehabilitation facility in Chicago to receive treatment for an eating disorder.

TMZ reports that the 'Tik Tok' singer, who is a vegetarian, entered rehab on the morning of January 3rd (Friday).

She told the gossip site that her 30-day stint in the facility is in order "to learn to love myself again, exactly as I am."

"I'm a crusader for being yourself and loving yourself, but I've found it hard to practice," she continued. "I'll be unavailable for the next 30 days, seeking treatment for my eating disorder."

Ke$ha entered the same rehab center as Demi Lovato, when she received treatment back in 2010. It is located just outside of Chicago and is called 'Timberline Knolls'.

The 'Die Young' singer has been sporting a smaller frame for quite a long time now, and looked terribly thin in her latest music video with Pitbull for the track 'Timber'.

The decision to finally seek treatment was due to the singer's close friends as a source close to her told Hollywoodlife.com, "With her, she is such the life of the party that people didn't notice it and thought she was just getting in shape," adding, "and she would hide all the bad stuff from those that are close to her."

"Friends started seeing around Thanksgiving that something was wrong and started talking to her to get help. Thankfully, she took their advice and is getting the help she needs."

See Ke$ha's smaller frame in the 'Timber' Music video below