Ke$ha is afraid Harry Styles' fans want to beat her up because of their rumoured romance but insists they are just good friends. 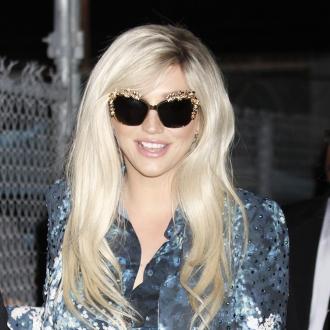 Ke$ha is concerned One Direction fans want to beat her up after she was rumoured to be dating Harry Styles.

The 'Die Young' hitmaker is worried the group's supporters - who are known as Directioners - will give her abuse on the street after she recently revealed she has been texting the 19-year-old hunk and admitted to having a crush on him.

Despite the speculation, the 26-year-old singer insists the pair are just good friends and their messages don't have any sexual connotations.

She explained: ''He and I area just friends. Actually we started texting a long time ago and we're just friendly, it's not sexy.''

As well as her crush on Harry, Ke$ha thinks Beyonce has a ''perfect'' look.

She added: ''I think she might actually be perfect. I show my flaws - they're real. I don't have a perfect body. It's important for girls to see that you don't have to be perfect.''