Washington was named as this year's Vanguard honoree.

Kerry Washington  added another appearance to her impressive record to her already impressive record as an advocate for diversity, human rights and gender equality. On Saturday, the Scandal star was named the 2015 GLAAD Media Awards Vanguard winner and her speech brought the audience at the Beverly Hilton Hotel. 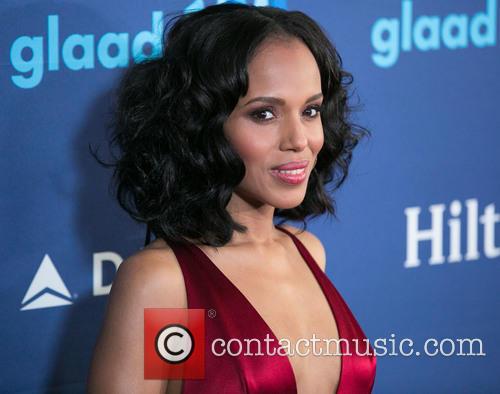 Washington compared the problems of the LGBT community to civil rights struggles of the past.

The award is given out every year by the GLAAD to the most prominent and active allies of the LGBT community, as determined by the non-profit organization. "When I was told that I was going to get an award for being an ally to GLAAD, it got me thinking," she said to the crowd, which included Ellen Degeneres, Portia De Rossi, Channing Tatum and Zoe Saldana.

"I'm going to say some stuff and I might be preaching to the choir, but I'm going to say it. Not just for us, but because on Monday morning people are going to click a link to hear what that woman from Scandal said at that award show, and so I think some stuff needs to be said," Washington told the audience to thunderous applause.

It was a subtle start, but Washington quickly launched into an eloquent, evocative speech.

"Women, poor people, people of color, people with disabilities, gay men, lesbians, bisexuals, trans people, intersex people — we have been pitted against each other and made to feel there are limited seats at the table for those of us who fall into the category of 'other.' As a result, we have become afraid of one another," said Washington.

Her speech highlighted the need for support between groups of marginalised people, as well as from society at large. She compared the legal injustices LGBT couples face today to those of interracial couples just a few decades prior.

"When black people today tell me that they don't believe in gay marriage… the first thing that I say is 'please don't let anybody try to get you to vote against your own best interest by feeding you messages of hate.' Then I say 'you know people used to say stuff like that about you and your love.'"

Finally, Washington focused on the need for equal employment rights, saying: "We need more employment of LGBT people in front of and behind the camera."

Watch the full speech below.