Kerry Katona has joked she would love to perform a song with her ex-husband Brian McFadden and his group Westlife. 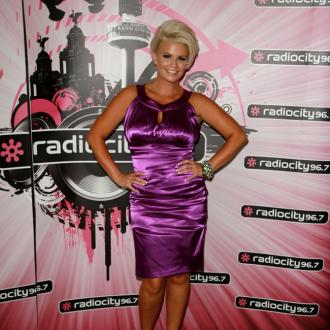 The Atomic Kitten singer is keen to team up with the 'You Raise Me Up' hitmakers - who are said to be planning a comeback in 2016 after splitting three years ago - for a song which would see her sing alongside Brian, who she divorced in December 2006 after four years of marriage.

She said: ''We could do a collaboration. That would be a sight to see, wouldn't it?''

But Kerry's fellow Kittens Liz McClarnon and Natasha Hamilton are not quite as keen for the girl group - who reunited in 2012 - to duet with the Irish band.

Natasha said: ''That would be weird.''

But she seems a lot keener for the trio to team up with her boyfriend Ritchie Neville's group Five for a collaboration but joked the two bands wouldn't be taking it too seriously if something did materialise.

The 32-year-old singer - who gave birth to her and Ritchie's daughter Ella in September - added to The Sun newspaper: ''It would have to be tongue-in-cheek.''

An Atomic Kitten and Westlife duet also looks unlikely as Brian has been less than complimentary about the girl group in the past, poking fun at the ''middle-aged'' trio for talking about their kids rather than going out partying nowadays.

He previously said: ''They used to be wild and now they are three middle-aged ladies who talk about their families.''

Kerry quit Atomic Kitten in 2001 after falling pregnant with her and Brian's first child, Molly, who is now 13.

The 34-year-old blonde also has 11-year-old daughter Lilly-Sue with Brian - who married Irish DJ Vogue Williams in September 2012 - as well as Heidi, seven, and six-year-old Maxwell with ex-husband Mark Croft and eight-month-old daughter Dylan Jorge with current husband George Kay, who she married in September.