Kerry Katona can't see her life without boyfriend Ryan Mahoney, and she's already been looking for a Cartier ring for him to propose. 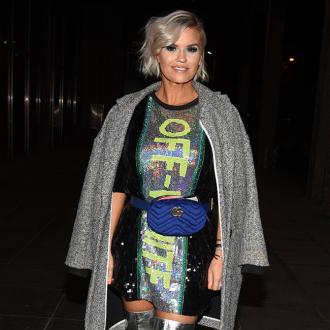 Kerry Katona wants her partner to propose and she has already been looking for a Cartier ring.

The former Atomic Kitten singer - who has Molly, 18, and Lilly-Sue, 17, with first husband Brian McFadden, Heidi, 13, and Max, 12, with second spouse Mark Croft, and six-year-old DJ with late third husband George Kay - has opened up about her relationship with Ryan Mahoney, and revealed how happy she is with the personal trainer.

Writing in her New! magazine column, she said: ''I can't see my life with anyone else, I trust him implicitly. It's the most normal relationship I've ever had.

''He's dedicated, determined and loyal and he's been an incredible father figure to my kids.

''I've been looking at Cartier rings and I've even called up enquiring about one.''

Meanwhile, Kerry recently admitted she would use a surrogate mother if she and boyfriend Ryan decide to have a baby together.

She explained: ''I've had five babies and can barely remember what I was like when I was expecting, but I do recall being very emotional.

''When I was having Molly, I remember sitting with Brian and my mum and bursting into tears when I found a stretch mark. I was only 20 and it was awful.

''Brian was very sweet about it, but those irrational meltdowns were quite normal.

''If I were to have another baby, I'd definitely use a surrogate.

''I don't want to put my body through it again - the danger, the hormones, the uncertainty. It's always worth it in the end, but pregnancy really can be a pain.''

Despite her love for him, the 'I'm A Celebrity... Get Me Out Of Here!' winner can't resist teasing her man for being vain, previously accusing him of taking longer to get ready to go out than her.

She joked: ''Ryan is the vainest person I've ever met. He takes longer ­getting ready than me. I put a photo of him and the dog in the garden on Instagram and he made me delete it. He's so vain.''