Kerry Katona was left ''bawling [her] eyes out'' when Chris Tarrant was rude to her and she still doesn't understand why he thinks she is a ''vile person''. 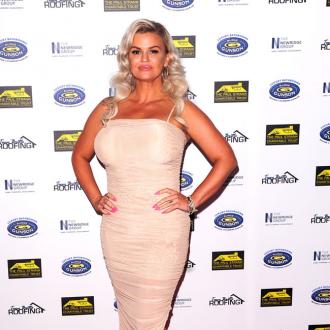 Kerry Katona was left ''bawling [her] eyes out'' when Chris Tarrant was rude to her.

The 39-year-old star was left baffled when she met the former 'Who Wants To Be A Millionaire?' presenter on her and he instantly launched an attack on her personality, prompting her to flee to the toilet to cry in private.

She said: ''Seeing Lea Michelle called out for making her 'Glee' co-star Samanta Ware's life a 'living hell' made me think of celebs I've met who weren't very nice.

''Lucky for me, most of them have been super sweet, although for some reason Chris Tarrant took against me and made me cry.

''I was so disappointed. I went to the toilet and bawled my eyes out.''

The former Atomic Kitten star was stunned when Chris took another swipe at her a few years later.

She continued in her column for new! magazine: ''A couple of years ago he did an interview where he said he wouldn't do a reality show as he didn't 'want to be stuck on an island with Kerry Katona.' ''

And even now, Kerry gets a feeling of dread whenever she thinks about his remarks.

She said: ''I have no idea what I did to him, but he must have had it in his head that I'm a vile person. It's a shame as I loved watching him on 'Who Wants To Be A Millionaire?' I grew up idolising him and my heart sinks even now thinking about it.''