Kerry Katona: Tyson Fury has helped me with bipolar struggle

Kerry Katona has revealed that world champion boxer Tyson Fury sent her a message ''reminding her how strong'' she is as a person after she reached out to him to talk about her struggle with her bipolar during the coronavirus lockdown. 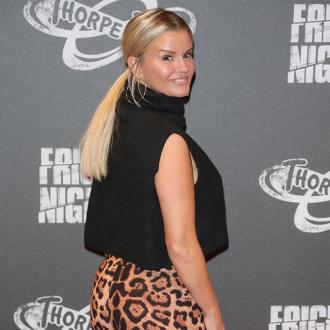 Kerry Katona reached out to world heavyweight champion Tyson Fury for help after her bipolar worsened during lockdown.

The former Atomic Kitten singer has been open about her mental health difficulties and she admitted being stuck inside due to the measures implemented by the UK government to stop the spread of coronavirus has started to take a toll on her mental health.

Writing in her New! magazine column, she revealed: ''I haven't had the best week - I was suffering a bit with my bipolar and as a result I've been quite down. As I'm sure all mums will know, having the kids at home all the time, doing the schooling, losing a routine, not being able to go out, it does get to you ... Everything got too much.''

The 39-year-old singer - who has five children from previous relationships and is now romancing personal trainer Ryan Mahoney - reached out to British boxer Tyson, 31, for support because he's been through similar mental health struggles and she was grateful he took the time to send her a message ''reminding her how strong'' she is as a person.

She said: ''So I reached out to my pal Tyson Fury, who I work with at the Frank Bruno Foundation as I know he suffers from bipolar too.

''He was so lovely. He sent me a message reminding me how strong I was and that I've got this. It was just what I needed.

''Thank you, Tyson. Sometimes, it's the little gestures of support that mean so much.''

Kerry's admission comes a week after she spoke of how important getting outside for a walk had been for her mental health.

She said: ''Last week I went outside for a proper walk for the first time since lockdown began. We went to the forest and climbed trees, took in the air and, I tell you what, it made all the difference to my mindset.

''I felt lighter than I had in a long time - there was a point where I was starting to struggle a bit with my mental health.''