Kerry Katona’s new boyfriend James English has admitted that he thinks his new beau is “f***ed up” in a new interview, at one point seeming to claim that he’s only “using” her to achieve fame.

In an appearance on a late-night Scottish chat show with host Ewen Cameron, the 32 year old former personal trainer, but now a stand-up comedian, said in response to a question whether it was his body or his sense of humour that attracted Kerry: “Both. It's fine, we've got a bit of casual sex. That's all it is.”

“For her it was an instant attraction probably but for me it took a while. I'm only kidding. She's a beautiful looking woman.” 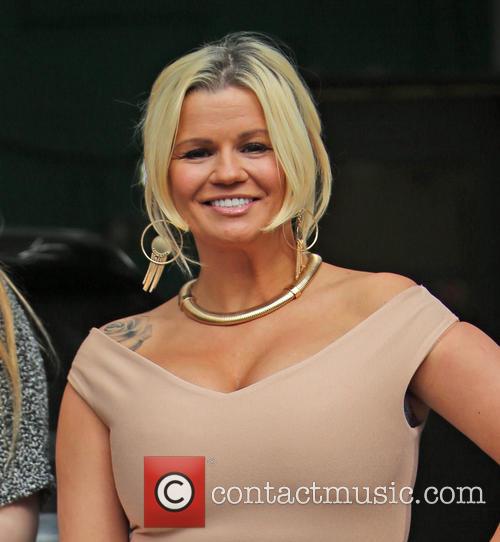 English, who met 37 year old Kerry at an Atomic Kitten reunion gig recently, also said: “She's more famous than me, I'm just living off the back of her. I'm just using her.”

The comedian allowed the laughter to fade out before clarifying “I’m kidding”.

“As much as she may have her bad points - we all have - she's an amazing mother, she's been in the industry for 20 years and still going strong, so the situation where we've both had addictions - we bounce off each other and help each other. So it's good.”

Katona confirmed with a loved-up Instagram post just last month that she had finally moved on from her former husband George Kay.

She’s been unlucky in love over the years. Having split from former Westlife singer Brian McFadden in 2006, she married taxi driver Mark Croft the following year before a final divorce in 2011, after a reconciliation in 2009. After that, her third husband Kay, a former rugby star, was accused of beating her at their home. He was acquitted after prosecutors didn’t have enough evidence.