Kerry Katona's husband George Kay has allegedly been arrested for assaulting her and for possession of a Taser gun, according to The Sun newspaper. 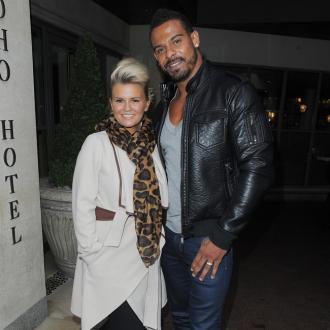 Kerry Katona's husband has allegedly been arrested for assault and for possession of a Taser gun.

George Kay, 35, was reportedly detained on Saturday night (03.10.15) after police received a call claiming a woman - thought to be the former Atomic Kitten singer, 35 - had ''sustained bruising to her face and arms.''

Sussex Police told The Sun newspaper: ''On Saturday police were called to an address in Crowborough after a report that a woman had been assaulted.''

Law enforcement officers reportedly found the former rugby league player, who was thought to have been under the influence of alcohol at the time, in some enclosed bushes close to the couple's home in Crowborough, East Sussex.

The spokesman added: ''A 35-year-old man was arrested at the address on suspicion of causing actual bodily harm to a 35-year old woman, and of unlawful possession of a Taser.''

Neighbours believe the alleged altercation between the pair may have taken place earlier on in the day after raised voices were heard coming from the home.

George has since been released on bail until October 24.

Meanwhile, the couple, both originally from Warrington, Cheshire, have 17-month-old daughter Dylan-Jorge.

The pair tied the knot 11 months ago but just 10 months after their nuptials, Kerry kicked her spouse out of their house following a series of blazing rows.

The blonde beauty took the sportsman, her third husband, back just weeks later and the couple underwent marriage counselling in a bid to save their relationship.