Kerry Katona is convinced she is haunted by ghosts, who follow her around wherever she goes. 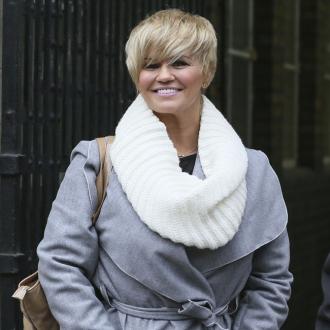 Kerry Katona is convinced she is haunted.

The Atomic Kitten singer recently got a medium to bless her former home in Oxfordshire because she was concerned about the presence of spirits, though she admits she thinks they follow her around, rather than reside in the property.

She said: ''I don't think it was the house, I think it's me that's haunted.

''People think I'm made but I have always believed there is something around that's following me.

''A team of people came round to investigate what was going on. I have voice recordings on my phone of this thing talking to us. Laura [from my agent's office] was with me when the team came round - she was crying, she was that scared by what she heard.''

Though she didn't think the house was haunted, the blessing did rid Kerry of the bizarre plagues of dead flies she kept finding in her bathroom.

She told Closer magazine: ''At the old house, we had an en suite in the spare bedroom. Every time we walked in the bathroom, the room was full of dead flies.

''There were hundreds. I would Hoover up and then they would appear again, even though all the windows were shut. After we had the house blessed, they never appeared again.''