Kay was arrested on Saturday night after allegedly assaulting Katona at their home in Sussex.

Kerry Katona has ended her marriage to her third husband George Kay, just a matter of days after he was arrested at their Sussex home on suspicion of assault and possession of a Taser.

The 35 year old former reality TV star and Atomic Kitten singer has been married to Kay, a former rugby league player, for just over one year, and the couple have a one year old daughter, Dylan-Jorge. The couple, both originally from Warrington, Cheshire, had been photographed in public looking perfectly happy just last week at the National Reality TV Awards. 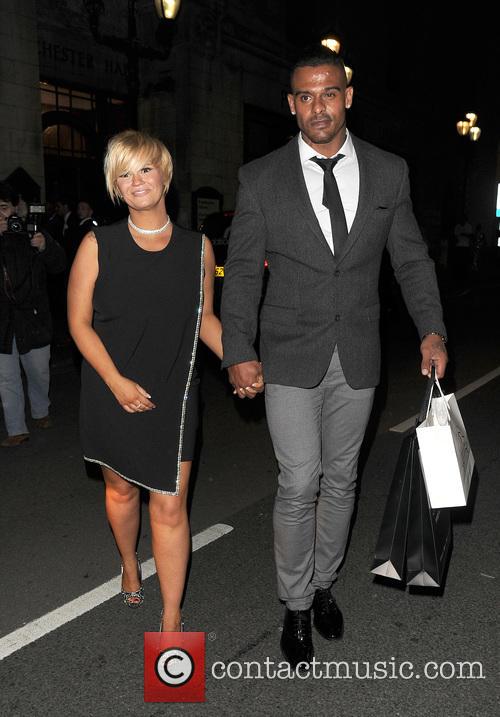 Kerry Katona and George Kay are headed for divorce

According to the Mirror, a representative for Katona said today: “It is with deep sadness Kerry announces the end of her marriage to George Kay. Her focus now will be on her gorgeous children.”

A report emerged on Tuesday (October 6th) giving further details of the domestic dispute that led to Kay’s arrest at the weekend. Dan Wootton, writing for The Sun, suggests that Kay had been found hiding in bushes near their East Sussex address, after an apparent drinking session had led to a row that got out of hand.

“On Saturday police were called to an address in Gorsedene Close, Crowborough, after a report that a woman had been assaulted,” a spokesman for Sussex Police stated. “A 35 year old man was arrested at the address on suspicion of causing actual bodily harm to a 35 year old woman, and of unlawful possession of a Taser. The woman had sustained bruising to her face and arms.”

Earlier in 2015, it was reported that Katona had kicked her husband out after the couple had rowed, but they reconciled and decided to give it another go.

Kay is the father to Katona’s fifth child. She is also a mum to Molly (14) and Lilly-Sue (12), her children with her first husband, Westlife’s Brian McFadden, and Heidi (8) and Maxwell (7) with second husband Mark Croft.