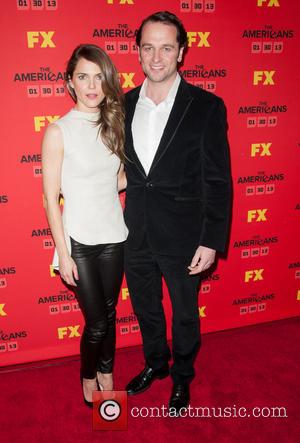 The Americans - a new FX drama series starting Keri Russell - is receiving encouraging reviews across the board following its premiere on U.S. television. Set in the 1980s, the cold-war drama follows a group of Soviet KGB officers who have been trained to impersonate American citizens so that each one can become a sleeper agent. Their covers include unwitting spouses and families.

The Americans, also starring Welsh actor Matthew Rhys, premiered on Wednesday evening (January 30, 2013) to near unanimous acclaim from critics. Alan Sepinwall over at HitFix said, "Based on the admittedly small sample size of two episodes, The Americans feels like it could very comfortably slot in with the upper tier of FX dramas. That's about as good as it gets." Dorothy Rabinowitz at the Wall Street Journal was equally impressed by the show, writing, "The Americans unfolds a thoroughly seductive tale of sleeper KGB agents." The nature of the show leaves it an open target for Homeland comparisons, though critics aren't necessarily dismissing its potential to match the Emmy and Golden Globe winning drama. The Hollywood Reporter's Tim Goodman said, "It's too early to really judge Americans against Homeland, but if the latter is getting away from what hooked you in the first place, then you might find what you're missing on Americans." Gil Pennington at the St. Louis Post-Dispatch likened the show to another all-conquering television drama, "The Americans isn't just a heart-pounding action drama; by presenting heroes who are also villains, it also confronts viewers with TV's deepest moral dilemma since "The Sopranos". High praise indeed.

Fans of the show have a 13-episode season to look forward to, though on the basis of early reviews, expect a second instalment to be given the green-light pretty soon.

Watch A Promo For 'The Americans':