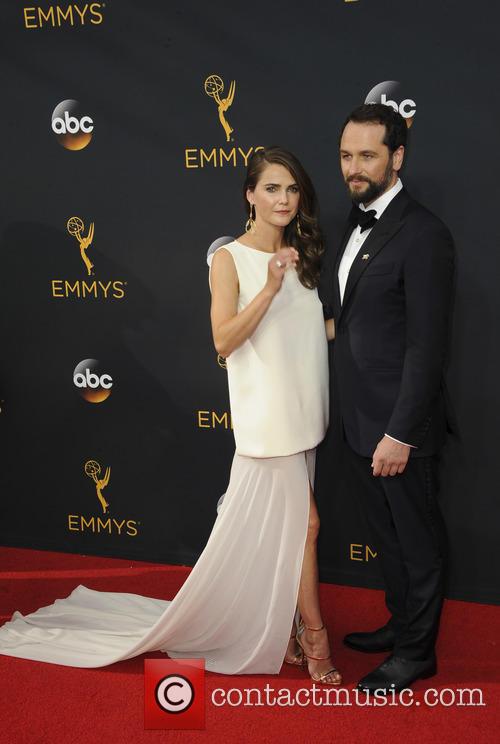 The brutal reality of war is those who often die and put their lives on the line are the ones who reap the smallest of rewards. If you're no longer fighting for your freedom, for some there's no point to continue risking your life. When Newton Knight is faced with the death of a young boy, it's enough for him to begin questioning exactly what and who he is fighting for.

Forced to go on the run Newton helps many folk on the way and also goes on a journey of self-discovery, one that leads him to fight a fight that's really worth dying for. With the help of some slaves, who are also on the run, Newton and the people of Jones County begin to fight back and take back the land from the wealthy and put it in the hands of the people.

Free State of Jones is based on the true story of Newton Knight and it directed by Gary Ross.

'The Americans' won the top prize at Critics Choice Awards.

Spy drama The Americans was the surprise winner of the major prize at the 5th annual Critics' Choice TV Awards on Sunday, beating out rivals Game of Thrones, Orange is the New Black and Empire to score best drama series.

Matthew Rhys stars in The Americans

'12 Years a Slave' star Lupita Nyong'o was among the many stunning arrivals outside Carnegie Hall in New York where the 2014 Glamour Women of the Year Awards took place. She was her usual elegant self in an embellished, long-sleeved, white A-line dress with matching stilettos.

Dawn Of The Planet Of The Apes Review

Director Matt Reeves (Cloverfield) ramps up this reboot franchise with a strikingly well-written action-drama, which takes an unusually complex route through the story. By refusing to have any simplistic villains, the film encourages viewers to see all sides of the conflict, which draws out vivid emotions and some unusually relevant political themes. It's also a technical triumph, obliterating the line between animation and actors.

It's been 10 years since the events of 2011's Rise of the Planet of the Apes, and Caesar (Andy Serkis) has built a thriving ape community in the woods north of San Francisco. They haven't seen any humans in years, since the simian flu has killed all but one in every 500 people. But there's a tenacious group of human survivors in the city, and when Malcolm (Jason Clarke) and his team venture out to search for a source of hydroelectric power, they run into the ape community. Both Caesar and Malcolm are willing to talk about cooperating, but Caesar's second in command Koba (Toby Kebbell) finds it impossible to trust men after they so viciously tortured him as a young chimp. And Malcolm's sidekick Carver (Acevedo) is more than a little trigger happy, as is the community's leader Dreyfus (Oldman) back in the city.

Instead of concentrating on the conflict between apes and men, the film's perspective is through their family units. Caesar's mate Cornelia (Judy Greer) has just given birth to a son, while their older son Blue Eyes (Nick Thurston) struggles to make sense of the clash between humans and apes. Meanwhile, Malcolm's scientist partner Ellie (Keri Russell) and his observant teen son Alexander (Kodi Smit-McPhee) offer similar emotions from the human side. The script's clear suggestion is that the next generation may offer more hope for understanding, which makes the stakes startlingly high as violence threatens to break out. Indeed, the film is a bracing exploration of how our decisions today will affect our future.

Continue reading: Dawn Of The Planet Of The Apes Review

Caesar was the world's first genetically modified ape, who was more than let down by his supposedly caring human conterparts as he grew older and wiser, with the ability to communicate like a human being. Now living in a world where apes rule over the Earth, and over the few remaining humans after a deadly virus swept the planet nearly ten years ago, Caesar has every right to feel unsympathetic. The humans appeal to the apes for peace but most of them are brutal and merciless in response, unwilling to let mankind rule over the planet again. However, Caesar sees that unless they can live in peace, everyone will die and he starts to feel that perhaps there's more good in humans than he was starting to believe. As a devastating war breaks out, he bonds with a man he likens to the scientist who brought him up and decides to find a way to help everyone live in harmony, risking his own life for both their races.

Earth has become a post-apocalyptic nightmare inhabited by the few survivors of a virus that plagued the globe nearly ten years ago, affecting only humans and destroying civilisation. Now, a breed of genetically modified apes whose intelligence and strength exceed far beyond the mental capabilities of mankind are well on their way to becoming the rulers of the planet - a power that the humans aren't about to give up in a hurry. They are led by the ruthless original 'improved' primate Caesar, and the once immaculately built-up cities of the world have overgrown into isolated wilderness. With apes on the warpath and mankind struggling to rebuild their homes and their lives in the face of the oncoming menace, the two races must join together and form some kind of peaceful truce, lest the fate of the world becomes even more dismal.

Continue: Dawn Of The Planet Of The Apes Trailer

Is the relationship between 'The Americans' co-stars Keri Russell and Matthew Rhys the reason for her marriage split last year?

You know what they say, ‘There’s no smoke without fire’. Well, there’s a lot of smoke around The Americans co-stars Keri Russell and Matthew Rhys at the moment. Of course, when a couple is locked in a steamy romance on screen, there are always rumors that they’re ‘having it off’ in real life, even when they deny it. Just take Robert Pattinson and Kristen Stewart when Twilight was being filmed, or Angelina Jolie and Brad Pitt when rumors flew about around Mr. and Mrs. Smith. Oh, OK, maybe those aren’t the best examples...

Are Keri Russell and Matthew Rhys more than just co-stars?

Keri ‘amicably’ split from Shane Deary, her husband of seven years, some time in summer last year, which at the time didn’t seem like such a big deal. The pair hadn’t been photographed together for a while and a rep for Russell confirmed that they would continue to maintain a relationship in order to look after their two children, River, 6 and Willa, 2. 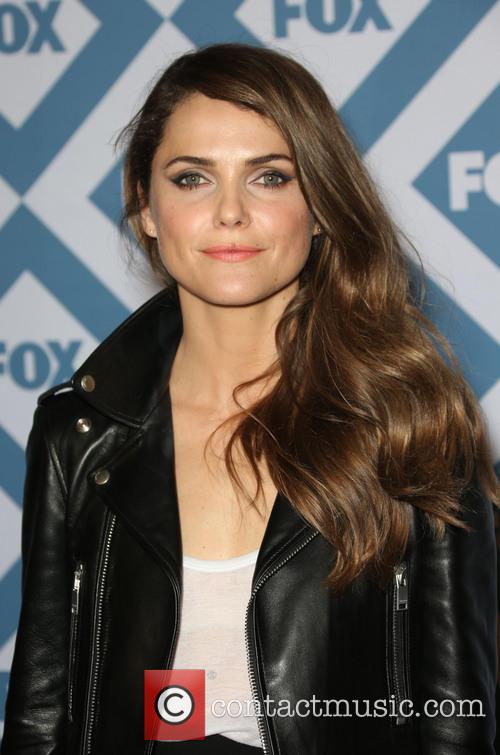 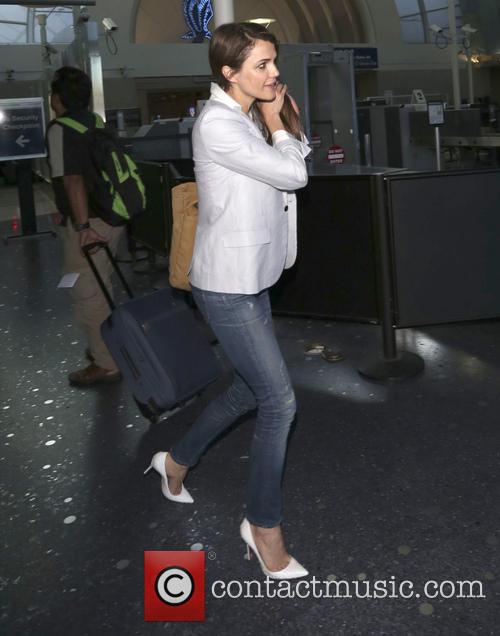 Dawn Of The Planet of the Apes - Teaser Trailer

Nearing a decade after a massive percentage of human civilisation was destroyed after a virus affecting only mankind spread its way across the globe, a breed of genetically modified apes with intelligence beyond normal capacity are on the verge of ruling the Earth, led by the original genetically reformed primate, Caesar. The once immaculate cities have become wild, with only a few survivors left to take on the challenge of rebuilding their lives - but it's something they are unlikely to achieve until some sort of peace is reached between the humans and apes. When that fails, the only thing left is war; something that could turn brutal enough to wipe out both species on their quest for dominance.

Continue: Dawn Of The Planet of the Apes - Teaser Trailer 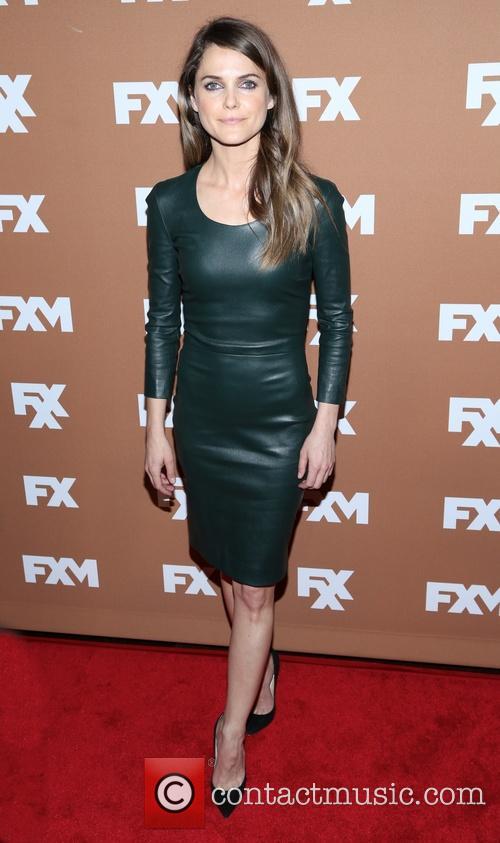 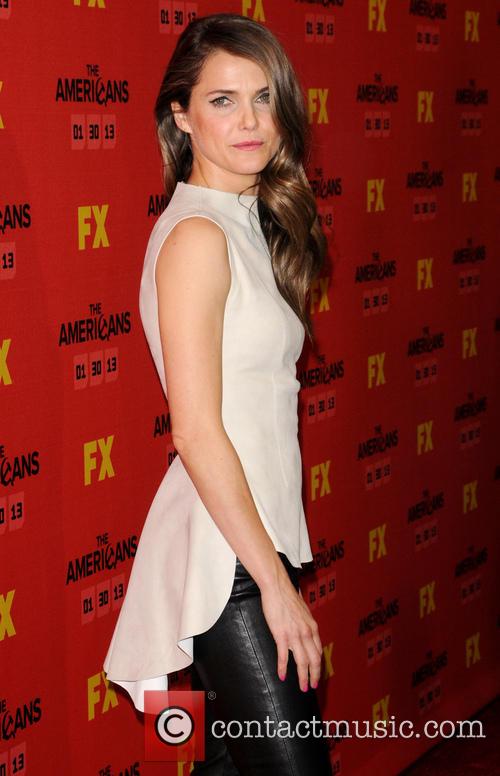 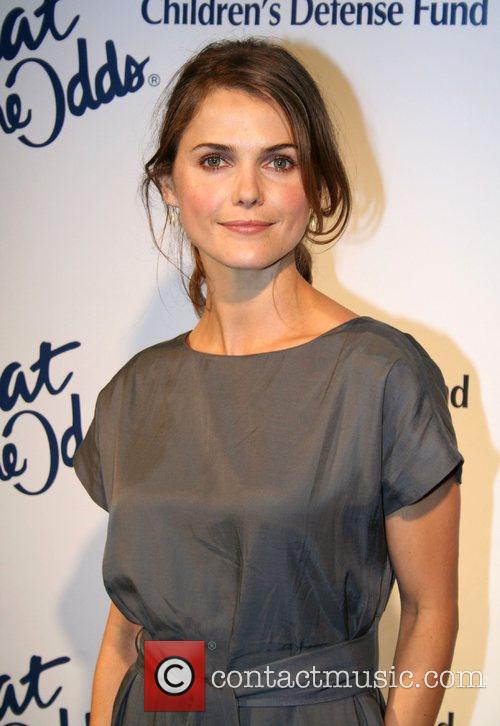 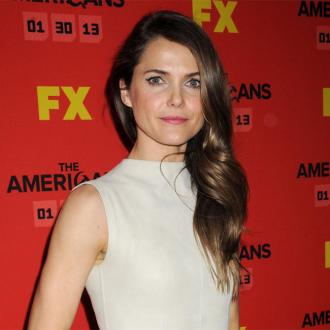