Kenny Thomas - The Show Is Over Video

Kenny Thomas' new single, 'The Show Is Over' was released in August 2011. It is the first single to be taken from his brand new album, 'Breathe', which was released on September 19th 2011, after a five year hiatus.

The video for The Show Is Over sees Kenny sat in the back of a car that's driving through a city at night, interspersed with shots of a pretty girl getting her hair and makeup done. The song also shows off a slightly different sound to Kenny's signature soulful music but the result is a haunting pop song.

Kenny Thomas was a regular feature of the 90's music scene. He was a fixture on the British music show 'Top of the Pops' and his albums went multi platinum. He was also nominated for two BRIT Awards in 1992: Best British Newcomer and Best British Male Vocalist. Kenny has also performed with soul legends such as Kool & the Gang, Edwin Starr and Freddie Jackson. 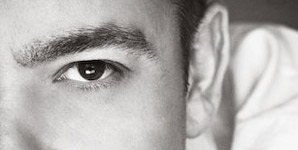 Kenny Thomas - The Show Is Over Video