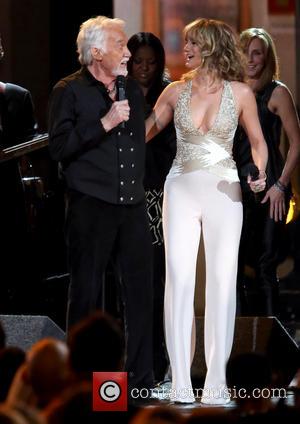 Veteran crooner Kenny Rogers is preparing to say goodbye to fans Down Under with plans for a Farewell Tour early next year (15).

The 76-year-old country singer, who hails from Texas, has decided he will no longer perform in Australia and New Zealand after completing a series of final dates in January and February (15), although he will continue to play gigs elsewhere.

In a statement, The Gambler hitmaker writes, "For all of the traveling I've done around the world, Australia and New Zealand remain two of my favorite places to perform.

"When I was with the (group) First Edition, we made this same trip several times, and no matter how many times I've gone, I've always loved the audiences Down Under. They have a great sense of humor, and they've always treated me with such great respect, so for that, I say thank you."

The Farewell Down Under Tour will kick off in Sydney, Australia on 23 January (15) and conclude in Hamilton, New Zealand on 15 February (15).