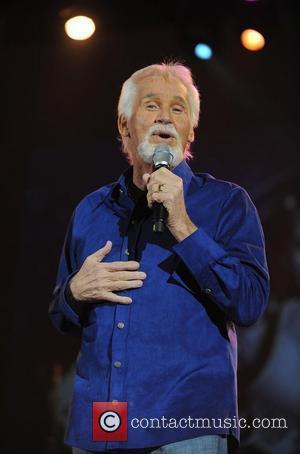 Kind-hearted country music superstars Kenny Rogers, Leann Rimes, Reba McEntire and Keith Urban have teamed up for a charity single.
The singers have lent their voices to The Choice - featuring 18 of the genre's biggest stars - to benefit Soles4Soles, which helps provide shoes to poverty-stricken children and adults around the world.
The song was co-written by country singer Billy Gilman, and he was delighted with the response from his music pals.
He tells Billboard, "My co-writers, Philip Douglas and Dan Murph, told me about an idea they had called The Choice... We wrote the song, and within a week, we had the first draft already done band-wise. I contacted my friend LeAnn Rimes, and at first, I was only wanting two or three artists. I would have been grateful with just three artists. Word got around, and I kept asking, and it just snowballed. We had Reba, then Keith Urban said 'Tell me when.' It's really great to see the support, and how fast they all jumped on it."
Gilman is still surprised that county music legend Kenny Rogers agreed to sing on the track, but believes his contribution is fitting considering the singer featured on the supergroup 1985 charity single We Are The World.
He explains, "I said 'Who can we get that is iconic, can still sell out arenas, and his voice is instantly recognisable?' I thought how cool it would be because this song is an event that has never happened in country music history - where artists sing one line of a song. I thought 'What if we had one of the guys who did 'We Are The World.' It's cool how it came full circle like that."