Kenny Chesney's Joint Tour With Jason Aldean Has Hit Headlines For All The Wrong Reasons After 22 Unruly Fans Were Arrested For Alcohol-related Incidents At Their Concert In Wisconsin On Saturday (20jun15). 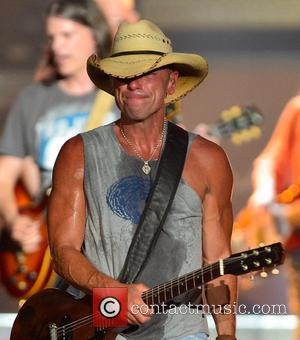 Police at Lambeau Field, the home of the Green Bay Packers American football team, worked overtime as revellers were taken into custody for charges including unlawful conduct at a public event and resisting arrest, while so many others were ejected from the stadium that cops failed to register the exact number, reports the Green Bay Press Gazette.

Police Lieutenant David Paral states, "It looks like alcohol was involved in every single one of them."

Firefighters were also called in to provide assistance and helped to transport a handful of people to local hospitals, while the stadium's medical areas "had lines out the door", according to battalion chief Steve Sellin.

Authorities claimed they were busier at the gig, which was attended by 53,363 people, than they are at most football games.

Several of those arrested for unlawful conduct were subsequently released on $880 (£550) bond.

The Wisconsin arrest figure dwarfs that from a Chesney concert in Pittsburgh, Pennsylvania in May (15), when 10 people were taken into custody, while 170 others required medical treatment.