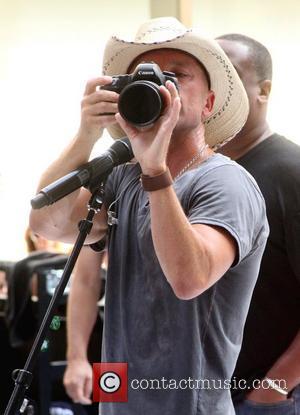 U.S. newsman Anderson Cooper hosted a special CNN show called United In Newtown, where he talked to relatives of the victims of the massacre at Sandy Hook Elementary last month (14Dec12).

In memory of the 26 lives lost in the tragedy, Chesney sang a moving rendition of Amazing Grace especially for the broadcast.

Cooper took to Twitter.com to announce the special performance, writing, "Tonight Kenny Chesney performs Amazing Grace in tribute to all those who lost their lives in the Sandy Hook shootings."