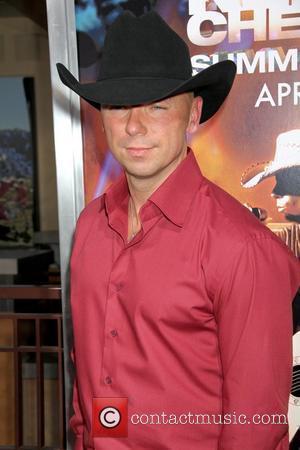 Country music star Kenny Chesney was "numbed" when he visited his Nashville, Tennessee home on Wednesday (05May10) - because he was so shocked at the devastation the recent floods have caused.
Storms ravaged the state over the weekend (01-02May10), but Chesney was out of town when water engulfed the area, and when he returned to visit his local region, the singer/songwriter was left in disbelief.
He tells U.S. news network CNN, "I've never seen anything like this in my life... I was out of town when it happened and as I was flying back home you could see it all from the air. I couldn't believe what had happened, I just couldn't believe it. You watch it on the news and you see all this stuff around the world but you know, this has really had an effect on this town and this state and it's been a really tough thing for people to deal with, including me."
The singer had to travel by boat to his Nashville property - only to see it engulfed in a deluge of flood water when he arrived.
He adds, "I was curious because I wasn't able to go until today because the road that was leading to my house was under about five feet of water... I got through my property on this small boat. I was on there with this small little motor and I couldn't believe it because I have 40 acres on the river and I didn't know what to think, I was numbed with it all really.
"I've lost a lot, but nowhere near as much as a lot of people. Yes, I've been affected by this tragedy but there are so many people in Nashville that are really hurting. The things I lost I can replace, thank God. But there are people that have lost their lives and livelihood."