Kenneth Branagh To Star In Four Plays Within One Season

Actor/director Sir Kenneth Branagh Will Star In Four Out Of The Five Plays He Is Putting On In London's West End With His New Theatre Company. 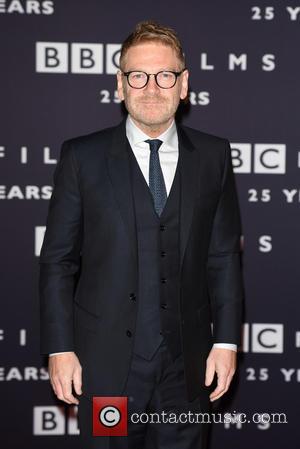 Picture: Kenneth Branagh - A variety of stars were snapped as they arrived at the BBC Films 25th Anniversary Reception which was held at BBC Broadcasting...

The Cinderella director's organisation will kick off a year-long residency at London's Garrick Theatre in October (15) with an adaptation of William Shakespeare's A Winter's Tale, and Branagh will return to the stage in the British capital for the first time since 2008 to star alongside Dame Judi Dench.

He tells Britain's The Times newspaper, "You don't persuade Judi. You stand patiently in a queue of people hoping they'll have a chance to work with her. For me, 30 years on from our first encounter, the idea of doing all our scenes together as (characters) Leontes and Paulina in this play is something I regard as a very rare and exciting thing."

Branagh will also star and co-direct the comedy Harlequinade, and act in farce The Painkiller and modern classic The Entertainer during the season.

The only production he will not star in is his version of Shakespeare's tragedy Romeo and Juliet, which will feature his Cinderella leads Lily James and Richard Madden in the title roles, but Branagh will direct or co-direct every play on the bill.

The venture took two years to plan, and he adds to Britain's Guardian newspaper, "For a long time I've wanted to land in a place, to have a creative home where you could do a programme of work rather than just one-offs."

He hopes to continue the company if the season is a success.