Kenneth Branagh has revealed he cast Lily James in the lead role in 'Cinderella' because she and the fairytale character both have a ''lovely heart''. 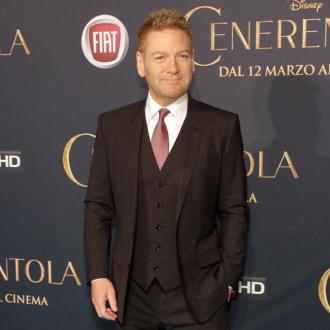 Kenneth Branagh cast Lily James in 'Cinderella' because she has a ''lovely heart'' just like the character.

The 54-year-old filmmaker knew the 'Downton Abbey' star would be perfect in the lead role of his reimagining of the classic fairytale when she first auditioned because she shares so many qualities with her alter ego Ella.

In an interview with The Daily Telegraph newspaper, he said: ''Her voice is warm and musical and she has a strong sense of humour which is very important, plus she's a beautiful girl. I think that she has a lovely heart and that comes through in her work.''

Although Branagh is a fan the 1950 animated Disney version of 'Cinderella', the director want to shoot a live action remake of the beloved cartoon movie.

Instead he worked on the basis that many people wouldn't have seen the iconic film so he could bring in new elements to the story.

He added: ''The tale has been in various cultures for the last two-and-a-half -thousand years and is very flexible and has had very many adaptations. It was important for us to reinvent Cinderella and make her a more pro-active, more 21st Century character.

''For me it's not a question of better; it's a question of different. The animated classic from Disney is a quite magical piece of movie-making but it was made in 1950 and I felt there would be a vast number of people who would never have seen it or seen it in the context of the life we lead and so there would be room for another one.''