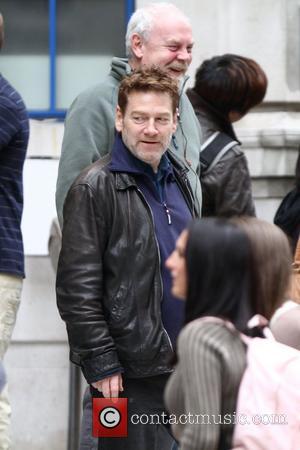 Kenneth Branagh was honoured by the Queen at Buckingham Palace earlier this week, receiving his knighthood from the royal following his awarding of the title during her birthday honours list in June this year.

The actor, director and writer, who also had a starring role in Danny Boyle's opening ceremony for this years Olympics, taking on the role of famed Victorian industrialist Isambard Kingdom Brunel, received his honour from the Queen, saying after to the BBC that he felt "humble, elated and incredibly lucky" to be bestowed with such an honour.

Known best for his Shakespearean roles, most notably Henry V, as well as his role on television as the Swedish detective Wallander on the BBC of the same name, Branagh was recognised for his ongoing services to drama, which have spanned more than three decades already.

The Belfast-born thespian now joins the ranks of such noted acts as Sir Michael Caine, Sir Alec Guinness and Sir Lawrence Olivier, whom he played in the film My Week With Marilyn, as being recognised by the royal institute for his work in dramatics. The knighthood provided the perfect icing on the cake for what Branagh described as being "one hell of a year," and is sure to make this Christmas a memorable one for the Branagh family.