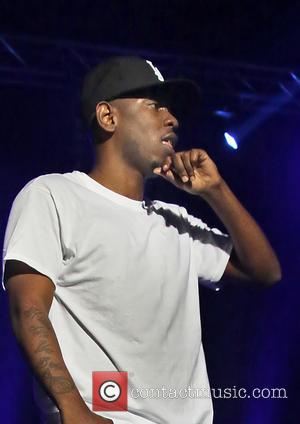 BEEF! Get ready to start grabbing the attention of your mates, forming a tight circle around the two involved in the potential scrap and whooping and hollering inanities at them, because Kendrick Lamar and rapper Shyne could be about to get it onnnnnn. Well, maybe.

There’s some certainly been some mud flinging going on from Shyne’s side over Twitter, after he bucked the trend of praise for Lamar’s new album good kid, m.A.A.d city and instead decided to slag it off. Fight! Fight! Fight! "Yoooo! Kendrick Lamar is talented with a lot of potential but his album is traaaaash," Shyne tweeted before comparing it to the creatively starved Game and 50 Cent's debut projects. "The game Documentary even 50 get rich or die trying lived up to the hype and were classics. Good kid is trash!"

It’s going to take more than that to get under K.Dot’s skin, the artist not giving a reply. However his Top Dawg Entertainment label mate and Black Hippy rhyme partner Schoolboy Q jumped in for him, writing: "We all know @OriginalSHyne AIN'T EATIN!!!!! N*gga ain't had a hot verse since '01." According to MTV, Shyne fired back with a tweet that included a since-deleted homophobic slur and told Q, "When mobsters talking rappers be quiet!" Is it going to get physical? Probably not.