Where do you find Kendrick Lamar? Just near something good, that’s where. The 25-year-old rapper can’t a put a foot wrong lately, and now he’s dropped his new video for Poetic Justice feat. Drake – the single from his critically acclaimed album Good Kid M.A.A.D. City. Where else can you find him? Next to Emeli Sande (also good). He collaborated with the Brit Award-winning singer in a remix of her hit, Next to Me. See? Good, it’s always good. 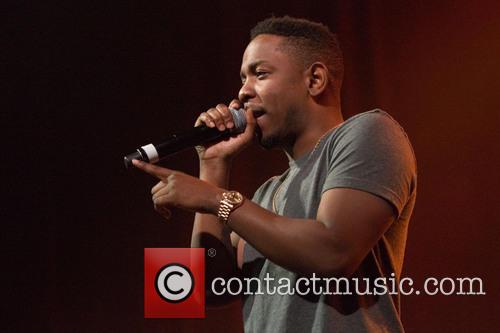 We’ll start with the video, which, in keeping with the song’s hue, is a slow motion affair. It’s a 90s-hood-throwback full of love and death. "All characters in this visual are entirely fictional. The events that occur are purely symbolic and should not be taken literal," starts the vid. Have a watch.

Now onto the Next to Me Remix, which benefits from the gruff voice of Lamar rapping over the top. The buoyancy of the song still remains though, as Sand’s powerful voice takes hold of the chorus as it does in the original. Have a listen.

Kendrick is the latest big name to headline Slope Day - the annual day of celebration held at Cornell University during the last day of regular undergraduate classes. Graham Chapman ’13, vice chair of the SDPB, said he was pleased with the choice of headliner, calling Lamar “a very up-and-coming artist [who] we’re catching ahead of the curve.” He said that he hopes the concert will please fans of all types of music, so that “people who are unhappy with rap will have other genres they may prefer.”