He'll do six performances across the UK and Ireland.

Kendrick Lamar is set to bring his 'Damn' tour to Europe next year kicking off with six dates in the UK and Ireland. The rapper has just completed his North American leg where he was supported by Travis Scott, D.R.A.M. and YG on various dates. 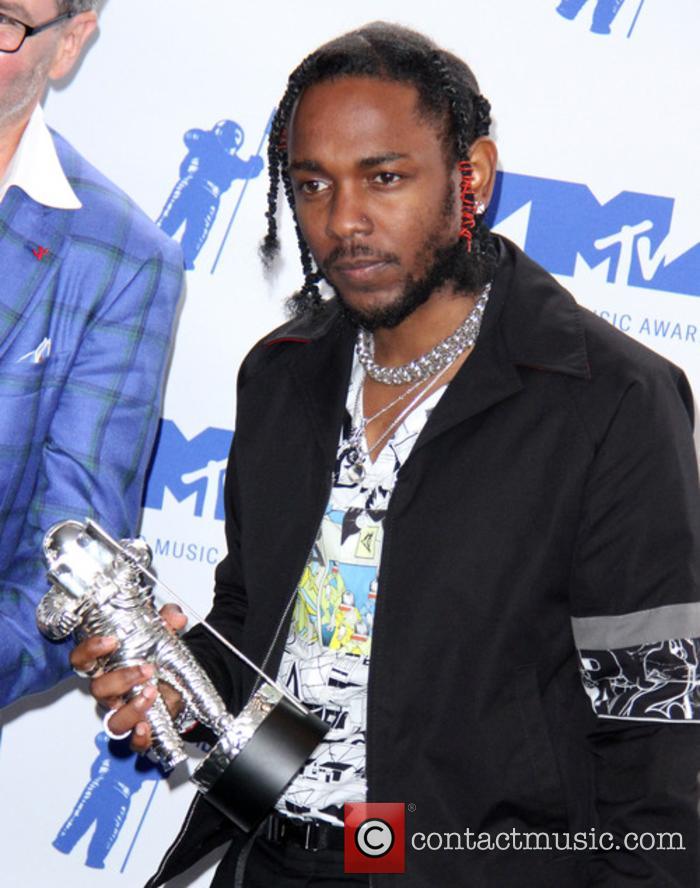 Kendrick Lamar at the 2017 MTV VMAs

The 30-year-old multi Grammy winner will be performing fifteen dates across eleven countries with including two nights at the O2 Arena in London on February 12th and 13th 2018. The European section of the tour will begin at Dublin's 3Arena on February 7th and conclude at the Mercedes-Benz Arena in Berlin on March 5th.

The rapper dropped his critically acclaimed fourth studio album 'Damn' back in April via Top Dawg, Aftermath and Interscope Records. It hit number one in the US charts much like 2015's 'To Pimp A Butterfly', and has sold more than 2.3 million copies to date. It also featured the songs 'Humble', 'DNA' and 'Loyalty' featuring Rihanna.

'I think like a week after the album came out, [fans] realised you can play the album backwards', he told MTV News. 'It plays as a full story and an even better rhythm. It's one of my favourite rhythms and tempos within the album. It's something that we definitely premiditate while we're in the studio.'

'I don't think the story necessarily changes. I think the feel changes. The initial vibe listening fromt he top all the way to the bottom is... this aggression and this attitude. You know, 'DNA' and exposing who I really am. You listen from the back end, and it's almost the duality and the contrast of the intricate Kendrick Lamar. Both of those pieces are who I am.'

Tickets for the European leg of the tour go on general sale this Friday (October 6th 2017).