Review of To Pimp A Butterfly Album by Kendrick Lamar

So I've sat with 'To Pimp A Butterfly' for a good few weeks now, and I still don't feel like I've taken everything there is for me to take from this album. Kendrick Lamar's third studio album, and the follow up to 2012's fantastically well received 'good kid, m.A.A.d city' is a statement, and a brave one at that. Lamar collaborates with a host of names, some of which are surprising at first glance, both in terms of production and guest appearances, and Kendrick's inspiring, uplifting and incredibly thoughtful message spans the entire album. 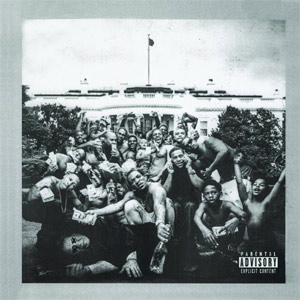 The first track, 'Wesley's Theory' sets the tone for the soundscape Kendrick creates across the board on 'To Pimp A Butterfly'. The soulful opener, complete with an infectiously funky and catchy bassline, features George Clinton and Thundercat, with Flying Lotus lending his hand on the production side. Kendrick's politically infused lyricism is honest and refreshingly subtle, and his melodic writing is as strong as his rhyming. The frantic spoken word stylings of 'For Free?', with a wild jazz backing, are excitedly charismatic, and 'King Kunta' is another memorable track with a heavy funk influence. Kendrick's mature approach on 'To Pimp A Butterfly' is cohesive, intelligent and effective, with the musicality and production value being of the highest quality. The jazz influence is again clear on 'u', as Kendrick's passion and originality comes across in energetic and decisive fashion. 'Alright' is another track where Kendrick's intelligent social commentary is at the forefront, with a pulsing instrumental made from excellent vocal samples and intricate jazzy brass lines, along with pounding drums.

The smooth keys, subtle drums and infectious bassline that introduces 'Hood Politics' are great, and when the beat switches to a snappy snare, thumping kick drum and soulful pads Kendrick comes on the track with a west coast style that is ever present on this album, even if it's not as clear as on 'good kid, m.A.A.d city'. Lamar's storytelling abilities and humble outlook are shown with high quality on 'How Much A Dollar Cost', with Kendrick's descriptive writing painting pictures with words, as he is joined by James Fauntleroy and Ronald Isley on one of the stand-outs from 'To Pimp A Butterfly'. 'The Blacker The Berry' features savage, aggressive and confident spitting from the Compton native, and as Kendrick raps about being proud of his race and heritage over tight, hard hitting production with a snare that slaps you round the face every time it bangs, the true gravity of his skill and prowess becomes surely undeniable. 'I' is excellent, with upbeat, uplifting production with summery, funky guitar solos and Kendrick's animated delivery shines through. 'Mortal Man' finishes the album, and the interview with 2Pac that Lamar reformats into his own conversation ties the album together in phenomenal closing fashion.

'To Pimp A Butterfly' really is top quality stuff. Kendrick Lamar is honest throughout, with his opinions, thoughts and messages being delivered in a sublime way. With an outstanding ear for producers who would create the sound he wanted for this album, Kendrick delivers on all fronts. With a distinct change from his previous work, this continues an exciting chapter in Lamar's career, and with the quality of his work so far, and the reception it's received, he's clearly an important voice in the music industry, pushing intellectual, thought provoking and skilful hip-hop in a time where too many people are taking the easy route.