Kendra Wilkinson moved out of the house where she lived when she shot reality TV show 'Kendra' because it was haunted. 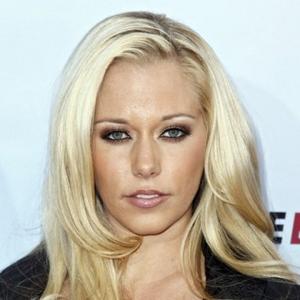 The blonde beauty - who has a 14-month-old son, Hank Baskett IV, with NFL star husband Hank Baskett - says the property where she filmed her reality TV show 'Kendra' had a huge ghostly presence and she never felt safe there.

She said: "I moved to Pasadena in California to film 'Kendra'. The place there, which you see on the show, was really a nightmare. That place was 100 per cent haunted. I swear, I'd be watching the baby on his monitor, and I saw orbs. It was so scary. I was like, 'F**k this, I want to feel safe.' So when I was done filming, I got out of there."

Kendra is not the only star to believe her property is haunted.

While Robbie Williams was living in a £7million English mansion with now-wife Ayda Field in 2009, he claimed he was being haunted by the ghost of King Henry VIII's last wife Catherine Parr, who once lived on the estate in Wiltshire, South West England.

He said: "I think there are Ghosts. I haven't seen or heard anything. I've definitely felt something but it's not scary. I'm very, very pleased to say.

"It's Catherine's Parr's old house. In fact, we're actually not in the old house, we're in her barn."