Kendra Wilkinson's mum says fame has ruined her and she's now surrounded by people who want to please her and she sees herself as a princess on a pedestal. 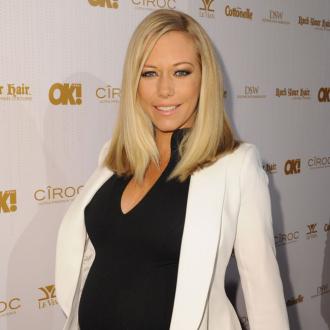 Kendra Wilkinson's mum believes she has been ruined by fame.

The star's mother, Patti, insists she's changed since she shot to fame as one of Playboy mogul Hugh Hefner's girlfriends, and along with his other lovers Holly Madison and Bridget Marquardt, had her exploits chronicled on E! reality series 'The Girls Next Door'.

Speaking to RadarOnline.com, she revealed: ''When Kendra was on 'The Girls Next Door' I think that she was down to earth, she was fun, it was all new to her and exciting. That was Kendra, that definitely was Kendra.

''As years go by Hollywood has crept in and I think it has changed her and not for the better and I never thought it would happen.''

Kendra, 28, who is already mother to four-year-old son Hank, welcomed her second child Alijah into the world in Los Angeles on May 16 with husband Hank Baskett.

And Patti, who hasn't seen the tot yet, believes she will be pushed out her daughter's life completely in the coming years.

She added: ''I've never really said anything about Hollywood creeping in and taking over her life to Kendra because I've always kept my mouth shut. I've always told her my opinion, but I've never told her anything like that for fear that I would be completely cut out of her life and little Hank's life and that would be the end.''

Patti alleges Kendra is surrounded by people who want to please her and allow her to behave however she wants, which has let her ego grow.

She added: ''From my observation Kendra has surrounded herself with yes people. Everybody in her life yeses her, including Hank.

''I mean everybody, her manager, everybody. I don't think that's healthy, I really don't. I'm the only one really that would say 'No I don't think you should do that' or 'I think that wasn't correct.' Not that I want her to listen to me and do what I say. But it gives her another perspective.''

Before she added: ''I think as an adult I think this is more 'I'm a princess, I'm up on this pedestal. You're down there And that's the way I'm going to keep it.''