Kendra Wilkinson has confessed to thinking about ending her life after being told her husband had allegedly had an affair with a transsexual model. 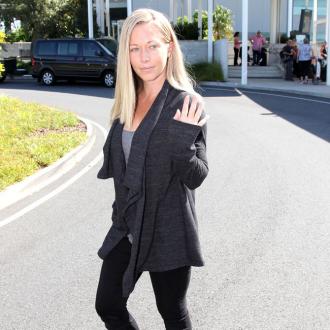 Kendra Wilkinson had suicidal thoughts during her marriage crisis.

The former Playboy model has admitted she felt like ending her life after discovering her husband Hank Baskett, 32 - with whom she has four-year-old son Hank Baskett IV and six-month-old daughter Alijah - had allegedly cheated on her with a transsexual model.

According to PEOPLE magazine, she said: ''I was at a real low. I even questioned my life. If it wasn't for breastfeeding Alijah, the bond I had with her, I feel like I would have probably ended my life. I felt like I'm not even supposed to be here.''

The 29-year-old star makes the confession in the special two-part finale of her reality series 'Kendra On Top', which is set to air in the US tomorrow (05.12.14).

The episode will also feature Kendra's first on-screen interview with her former American football player husband since the news broke of his alleged infidelity.

Meanwhile, a close friend of Kendra's recently revealed the blonde beauty is taking part in British reality show 'I'm A Celebrity...Get Me Out Of Here!' in a bid to cure her heartache.

Jessica Hall revealed: ''She wanted to do it to prove to herself what a strong person she is, because she has had a tough year. She needed the time out.''

Kendra's pal added that she hopes the couple will be able to put their differences aside in the future.

She admitted: ''I would love to see them make it work, because I adore both of them and they are terrific together. I'm rooting for Hank.''

Meanwhile, speaking in the 'I'm A Celeb' jungle in Australia, Kendra told her campmates viewers wouldn't find out whether there is any truth behind the allegations made against her husband until April.